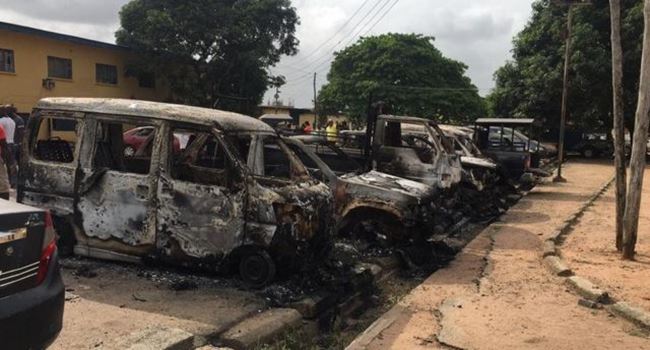 The Movement for the Actualisation of the Sovereign State of Biafra (MASSOB) has accused the Federal Government of sponsoring attacks on Igbo land.

Condemning the incessant attacks and security deterioration in the South East region, the pro-Biafra group said it was still at a loss how government facilities, security agents, and some prominent individuals became targets of the attackers without a response from the Federal Government.

Speaking in a statement on Tuesday, the leader of the group, Uchenna Madu alleged that MASSOB’s intelligence showed that the attacks were perpetrated by “protected bandits” sponsored by the Federal Government.

It cited attacks on the former governor of the Central Bank of Nigeria (CBN), Chukwuma Soludo, and Ebonyi State indigenes, accusing the Federal Government of attempting to militarise the South East.

The group also said the current mayhem in the zone was to intimidate the people and frustrate Ndigbo from clamouring for the presidency in 2023.

The statement read, “The leadership of the Movement for the Actualization of the Sovereign State of Biafra has condemned the incessant criminal terrorism and security deterioration in Igbo land.

“How can untrained and amateurs with no military training overpower the entire security apparatus of Nigeria in the South-East? Why is it that there was no security resistance during the breaking of Owerri Prisons and Imo State Police headquarters in an operation that lasted more than one hour?

“The terrorist attacks in Owerri are part of the ongoing destructive measures by the President Muhamadu Buhari-led administration to discredit and blackmail the pro-Biafra organisations to create an erroneous impression that Biafrans are waging war against Nigeria. Igbo land is the most peaceful region.

“MASSOB advises Governor Hope Uzodinma to stop heaping blames on IPOB or ESN or any other pro-Biafra organisation. Pro-Biafra agitators are not responsible for all the terrorist activities in Igboland.”

Uprising in the east; uproar in the north – but Nigeria go survive