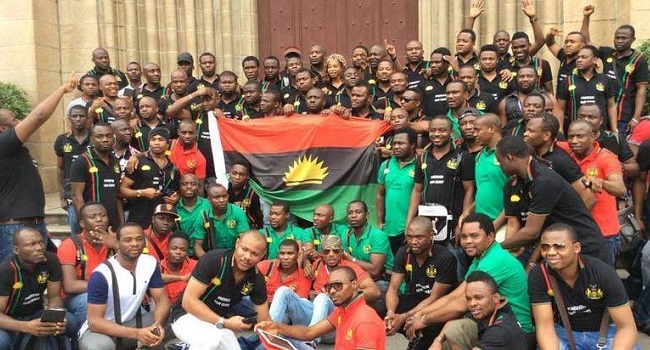 The Movement for the Actualisation of the Sovereign State of Biafra (MASSOB) has described the federal government’s move to reintroduce tollgates on federal highways across the country, as a wicked proposal.

The group has, therefore, vowed to resist tollgates in the South-East. It said that the zone did not need it.

This was contained in a statement MASSOB leader, Uchenna Madu, released on Monday.

“We will not fold our hands and watch the Federal Government occupies Biafraland forcefully in the name of tollgates.

“Igboland and the entire Biafraland can never continue to be an experimental ground for the exhibition of wickedness, malice, hatred, genocide, police extrajudicial killings, military terrorism, political subjugation and unprovoked massacre of innocent and harmless citizens.

“MASSOB condemns and insists that there will be no tollgates in Biafraland as wickedly proposed by the Nigeria government.

“MASSOB observes that the South-East with only five states has more tollgates (56) than the entire 19 northern states with only 35,” the statement read.

Further claiming that the South-East had the highest number of dilapidated federal roads than other regions, it said the zone did not need tollgates.

“The North that claims to have the largest population will pay the lowest of the toll charges,” it added.