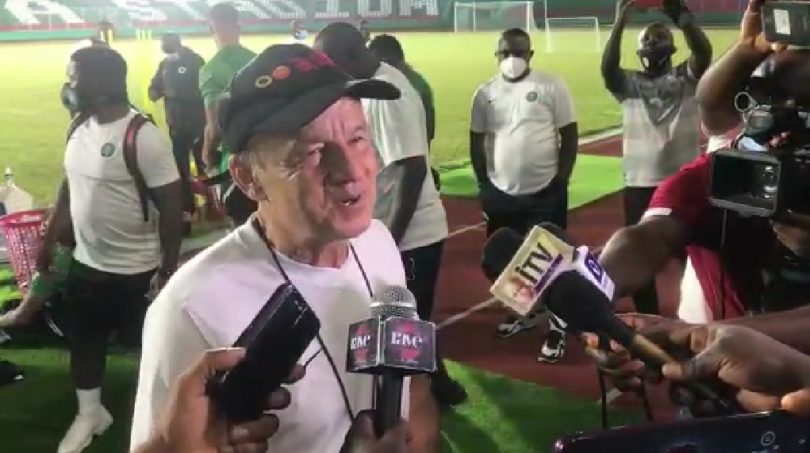 The day is finally here when the Super Eagles of Nigeria will face the Leone Stars of Sierra Leone in an Africa Cup of Nations (AFCON) qualifier.

The Eagles are currently top of grouo L having won their first two matches, and will seek to extend the winning run on Friday.

Both sides are set to play twice in four days, first at the Samuel Ogbemudia Stadium in Benin, Edo state, before playing the matchday fixture in Freetown next Tuesday.

The game at the Ogbemudia Stadium, to be played behind closed doors, is billed to kick off by 5p.m Nigeria time.

“The game is not going to be easy,” Rohr told journalist during their final preparations ahead of the game.

“Unfortunately for us, some of the players arrived yesterday (Wednesday) night. But our tradition is to always qualify with a game to spare and we want to continue in that tradition.”

He added: “It is important to always respect your opponent – no small team again in football. You have to stay humble and recognise the other team is strong too.

“We have to take things easy. We know a lot of things about the Sierra Leone team. We have monitored them for sometime now. We have some videos of the team with us. It’s going to be a physical game. West African sides are very physical which is not our kind of football, but we have to be ready.”

Sierra Leone occupy the last position in Group L with one point from two games.