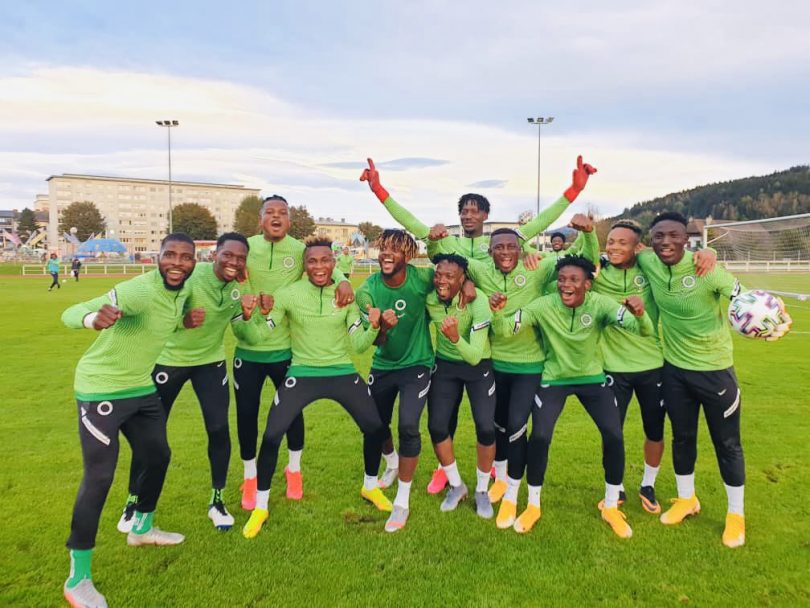 The Super Eagles of Nigeria are set to play against Tunisia in an international friendly game in Austria today (Tuesday).

The encounter is their second game in four days, after facing African champions Algeria last Friday, a game they lost 1-0.

Gernot Rohr’s men will be facing the Carthage Eagles for the first time since their meeting at the 2019 Africa Cup of Nations (AFCON) in Egypt.

Nigeria won the game to clinch the Bronze medal of the competition, thanks to Odion Ighalo’s goal that sealed a 1-0 victory.

Meanwhile, Nigeria duo of William Troost-Ekong and Samuel Kalu will not be available for the clash on Tuesday.

Both players have left the camp of the Super Eagles, according to the spokesperson of the team, Toyin Ibitoye during a chat with Brila FM.

Troost-Ekong and Kalu were in action against Algeria, with the former featuring all through while the latter was replaced after receiving a knock.

”Kalu was allowed to leave the camp and return to his club because of the knock he got in the game against Algeria,” said Ibitoye.

“For Troost-Ekong he was permitted to go because he just joined a new club and they have a game on Friday so they want him to train with his team ahead of the game.

“So with this two players out we will have the chance to see new players for the game.”

The Nigeria vs Tunisia game is scheduled to kick off 7:30p.m Nigeria time.