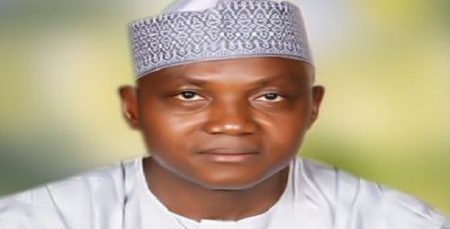 The Presidency Friday raised concerns over media reports on the recent killings in Benue State, describing them as unfortunate.

Briefing State House correspondents at the Presidential Villa, Abuja, the Senior Special Assistant to the President on Media and Publicity, Garba Shehu, said many media organisations were guilty of promoting hate speech with the way they have been reporting the attacks.

Shehu said the disturbing trend was not restricted to news stories alone but also columns.

He said some media reports of recent Benue killings displayed lack of respect for journalism ethics and press laws.

He urged journalists to show more “decorum and professionalism” in the reportage of security and humanitarian situation in the country.

The presidential spokesman said, “I am here this afternoon to address you on some pressing issues concerning our noble profession and to appeal that members of the Fourth Estate of the Realm should show more decorum and professionalism in the reportage of security and humanitarian situation in the country.

“The growing lack of respect for journalism ethics and press laws in the Nigerian media, especially regarding the clashes in Benue State is very unfortunate.

“The frequent expressions of hate speech published by newspapers, in news stories and especially in columns is indeed a source of concern to all.

“We want to state emphatically that a segment of the Nigerian media is sinking deeper and deeper into the mesh of hate speech in spite of repeated appeals by recognised and reputable media bodies, the government and concerned Nigerians.

“Unfortunately, self-regulation which is the norm in civilised societies has taken flight from many of our newsrooms.”

The presidential spokesman cited a recent column published in a national newspaper alleging that President Muhammadu Buhari was the first to endorse the Benue massacre on New Year Day.

He said the same columnist described the  Minister of Defence, Mansur Dan-Ali ,as ‘‘a dyed-in-the-wool Fulani irredentist who places trade over and above human life” and went further to invite Nigerians to arm themselves and fight one other.

He added, “Apart from the basic tone of respect expected from an individual who is supposedly intelligent and educated enough to know better since they have been granted space to write in a national newspaper, there is the risk of inciting the public to actions that will have gory consequences for the entire nation for generations to come.

“Those beating the gongs of war and fanning the embers of discord must remember what prevailed in Rwanda before the genocide of the early 90s, during which hundreds of thousands of lives were lost as a result of consistent hate speech spewing from that country’s media.

“We must learn to express our grievances and criticisms without resorting to gutter language or to name calling, and the press has a responsibility to maintain that even if it means calling their columnists to order.

“President Buhari, by the Constitution, has the primary duty of protecting life and property and that is what he has been doing in Benue and across the country.

“Calling him a murderer is not only grossly disrespectful but unfair, especially when the President has written a letter to the Senate detailing his efforts to quell the crisis in Benue State, including dispatching the Minister of Interior and the Deputy Inspector General of Police in charge of operations for an on the spot assessment of the situation in the aftermath of the unfortunate incident; and receiving a direct briefing from the IG the following day.”

CONSTITUTION REVIEW: Not Too Young to Run bill passed by Jigawa lawmakers