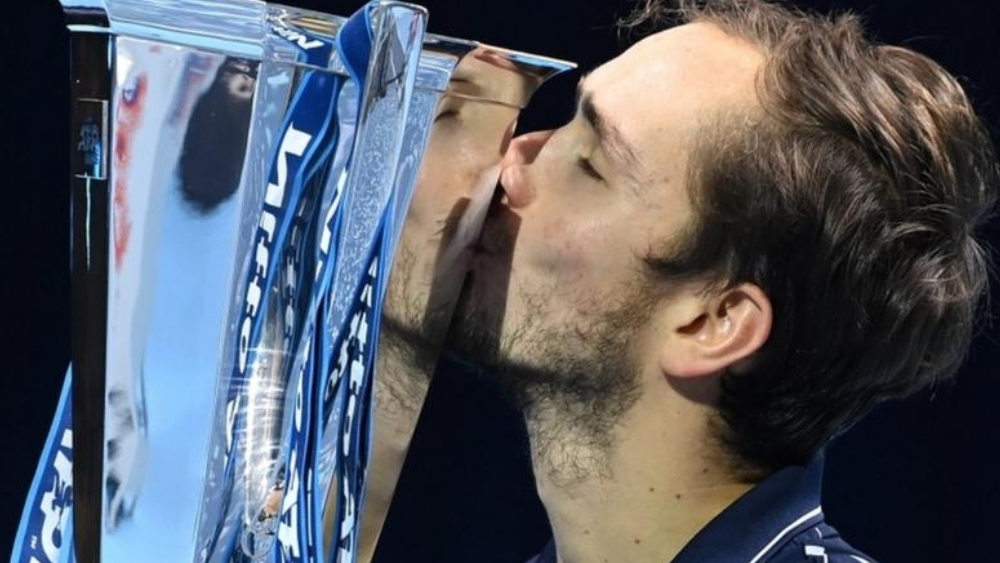 Russian tennis star, Daniil Medvedev on Sunday defeated Dominic Thiem to win at the ATP Finals inside the O2 Arena in London.

It was the Russian’s biggest title of his career and he defeated the three highest-ranked players to achieve the feat.

World number three Thien led the second-set tie-break but Medvedev reeled off seven points in a row to force a decider and came through a tight final set to ensure victory.

This would be the last year the tournament was being held in London, with the event moving to Turin, Italy, from 2021.

Despite the loss, Thiem can still reflect on a solid year in which he has reached two Slam finals, losing to Djokovic at the Australian Open before claiming his maiden major title in the US Open.