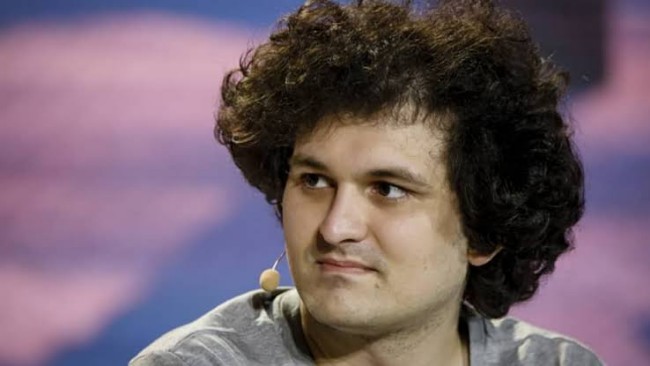 In 2009, when the world’s first cryptocurrency, Bitcoin (BTC), was launched, Sam Bankman-Fried was still a high school student at Crystal Springs Uplands School, in Hillsborough, United States – but 13 years after, the vegan became one of the handful poster boys of the digital currency industry.

The 30-year-old graduate of Massachusetts Institute of Technology (MIT), with a degree in physics and a minor in mathematics, began his trading career in 2013, as an intern at a proprietary trading firm, Jane Street Capital, in US.

Bankman-Fried was retained at the firm for arbitrage trading of international exchange-traded funds (ETFs), by purchasing assets in one market, but selling the same assets immediately elsewhere, but at a higher price to secure profit.

How Bankman-Fried went from intern trader to crypto billionaire

Bankman-Fried deployed his ETFs experience into his dealings in the cryptocurrency industry. He took advantage of the erratic bitcoin prices across various countries, by buying BTCs in the United States, and selling it at a higher price in other countries where the crypto-asset cost more, like Japan.

Following the high returns on investment in BTCs, Bankman-Fried founded Alameda Research in November 2017, to focus on crypto trading, after quitting his role as director of development at Centre for Effective Altruism, which he joined after exiting Jane Street in September 2017.

This officially ushered his entry into the crypto world. SBF, as he is fondly called in the industry, was earning 10 per cent difference in prices at the early stage. As of 2022, with $5 billion daily trading in crypto assets, Alameda earns $3 million to $4 million per day via fees, according to Forbes.

The success of his arbitrage strategy in the crypto industry made him launch Futures Exchange (FTX) in 2019. While he continued to use Alameda to trade, FTX offered cryptocurrency exchange service.

FTX was also thriving, rising to become the third largest cryptocurrency exchange in the world, behind Binance and Coinbase. Prior to its insolvency last week, Futures Exchange was doing $627 billion volume of trades.

Bankman-Fried’s FTX was sitting on a range of assets worth between $10 billion to $50 billion. It appeared he was ticking all the right boxes, getting glowing media headlines, with crypto world seeing him as a white knight.

As a result of his arbitrage strategy, Bankman-Fried joined Forbes’ Billionaires Index in 2021, with an estimated networth of $22.5 billion, and made his way to the top of the cryptocurrency food chain.

However, after five years, In November 2022, Bankman-Fried announced FTX has filed for bankruptcy.

There are several problems associated with the fall of Bankman-Fried, but all can be summarised into ‘crypto winter’ and what has been alleged to be ‘misuse of customers funds’.

Just last year October, he was worth $22.5 billion. On November 7, he was estimated to worth $16.7 billion, but over the weekend, his total networth was penned down as $0, leading to his exit on Forbes and Bloomberg’s billionaires lists – so what happened?

Crypto winter: At first glance, the crypto winter could be blamed for the depreciation in SBF’s fortune, considering the crypto industry was suffering from a bearish regime, which moved to wipe out the gains recorded in the bulls era during the COVID-19 pandemic and lockdown period of 2020.

Crypto winter is a period the value of digital assets are valued lesser than they were worth, as profit-takers rush out of the market with their investment and gains in hand.

This usually records a long run of sell offs in the crypto market, and any investor holding a crypto asset, such as Bitcoin, Ethereum, BNB, FTT FTX tokens) amongst others will see the value of their investment fall drastically.

Market leaders like Bankman-Fried often hold their long positions or shelve a bit of their investment, in order not to frighten the industry due to the influence they wield. With SBF’s major wealth tied to Alameda, which in turn, has about $3.66 billion of its $14.6 billion locked in FTX’s FTT, including loans and liabities, his wealth was highly exposed to crypto volatility or risk, and have a high probability of falling like a house of cards.

Coindesk, a crypto tracker, had stated that, “Alameda is big. As of June 30, the company’s assets amounted to $14.6 billion. Its single biggest asset: $3.66 billion of “unlocked FTT.”

“The third-largest entry on the assets side of the accounting ledger? A $2.16 billion pile of ‘FTT collateral.’ There are more FTX tokens among its $8 billion of liabilities: $292 million of ‘locked FTT.’ (The liabilities are dominated by $7.4 billion of loans.)”

Lack of oversight: Bankman-Fried was given too much latitude to run the operation of FTX without having a board. FTX had only advisory board who had little to no authority over the operation of the firm,

This was not typical of a company its size, as FTX was valued at $32 billion as of January. The wonderkid wasn’t scrutinised by VCs, but considering VC funds was in FTX, many believed VCs have done due diligence on Futures Exchange, so unsuspecting persons poured their money into the exchange.

Nigerian investor, Victor Asemota, lamented after losing money to FTX’s crash, “FTX had no board?” he wrote on Twitter, also stating, “Why did we have faith in them? Because we felt that they were backed by the best who had done their homework.”

Bailout and political donations: Prior to filing bankruptcy, FTX was busy donating money to politicians and bailing out crypto firms in financial distress.

Bankman-Fried, alongside two of his deputies, donated $69 million in US 2022 midterm election. He accounted for $39.9 million of the funds. In 2021, SBF was the second-largest individual donor for Joe Biden’s presidential campaign, handing out $5.2 million.

Aside the political donations, in 2022, FTX also used $750 million to bailout crypto lender, BlockFi and crypto broker, Voyager Digital, funds that would have come in handy at the time Futures Exchange began experiencing its own financial problems.

Both firms had been negatively impacted by the crypto winter, and Bankman-Fried came to their rescue with FTX’s funds, loaning $250 million to BlockFi, and $500 million credit went to Voyager Digital.

These funds disbursed by Bankman-Fried and FTX has called into question, the management of customers or client funds by the founder and the firm, with allegation of $1 billion client funds missing.

Related Topics:FTXSam Bankman-Fried
Up Next