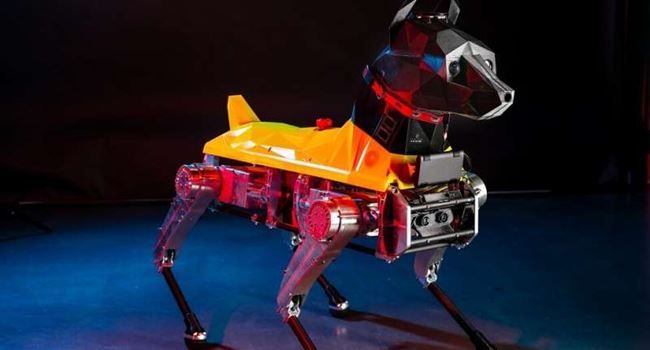 Researchers at Florida Atlantic University have developed a robot dog which uses AI, powered by NVIDIA Jetson TX2 graphics processing units installed in its 3D-printed head, to respond to commands.

The Astro robot dog has four teraflops of computing power as well as a radar imaging module, cameras, and a directional microphone to interpret exactly what you’re saying, while still being aware of its environment.

According to the developers of the Astro dog, the head of the robot was 3D-printed to resemble a Doberman pinscher, and uses the graphics processing units to train itself with deep neural network, thus learning from experience to perform human-like tasks.

Researchers say the Astro dog can respond to commands like “sit,” “stand” and “lie down.”

The ultimate goal according to researchers at Florida Atlantic University is for it to be able to understand and respond to hand signals, detect different colours, comprehend various languages, distinguish human faces, and recognize other dogs.

Trump urges Chinese President Xi to ‘sit down’ with protesters