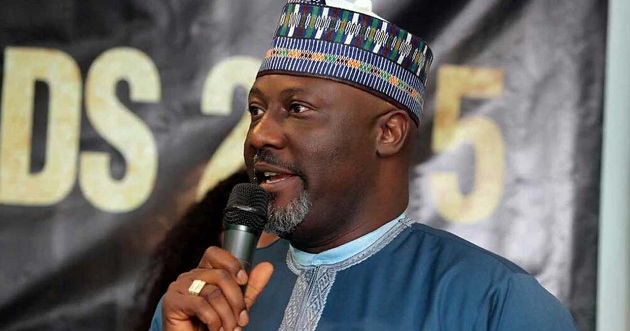 The Peoples Democratic Party (PDP) candidate in Saturday’s supplementary election in Kogi West Senatorial District, Dino Melaye, has vowed to challenge the outcome of the election in court over alleged fraud.

Melaye, who spoke with journalists after casting his vote, asked the Independent National Electoral Commission (INEC) to cancel the election because it was marred by irregularities.

He said: “What we have as result is fraud… a major fraud.”

A few minutes later, he took to his official Twitter handle and thanked his supporters for their unflinching support.

He also accused the All Progressives Congress (APC) of having a prepared result in place.

The PDP flag bearer wrote on his official Twitter handle – @dino_melaye – “I’m very proud of the electorates in Kogi West. You voted me today but prepared results already in place. We will fight to the end. Illegality shall never stand. Magic results everywhere.”