Home » Politics » Melaye carried into court, claims he was injured in PDP primaries 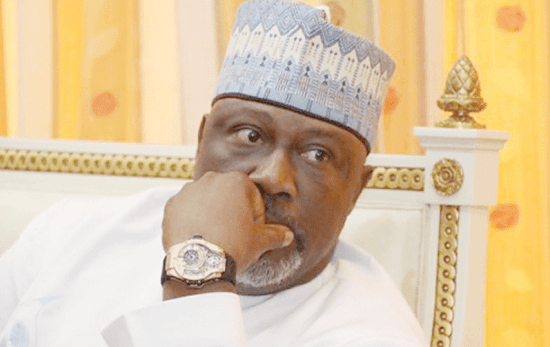 What looked like another drama came from the senator representing Kogi West Senatorial District, Dino Melaye, on Thursday at the FCT High Court in Apo, Abuja.

The senator, who recently lost in his bid to clinch his party’s ticket to content the Kogi State governorship, came into the court carried by two of his aides.

The aides claimed that the senator could not stand alone, due to an injury sustained in that last PDP governorship primary election in Kogi state.

Meanwhile, the senator himself had told the judge in the court that he could not stand in the dock to continue his criminal trial.

The senator was facing a six count criminal charges of attempted suicide, escape from police custody, damage to police property, mischief, and threat to public servants.

The trial judge had at the last sitting on May 28, 2019 adjourned the case to September 11, 18 and October 3, 2019 for continuation of hearing and examination of witnesses by the defence counsel.

His counsel. Benson Igbanoi (who stood in for Mike Ozekhome) informed the trial court that Melaye was injured in the last governorship primary election conducted in Lokoja last week Tuesday when gunmen invaded the stadium, venue of the primary.

Justice Sylvester Orji, in his ruling, accepted the defendant’s plea and adjourned to October 3 and 10, 2019, for the defendant to open and close his case.