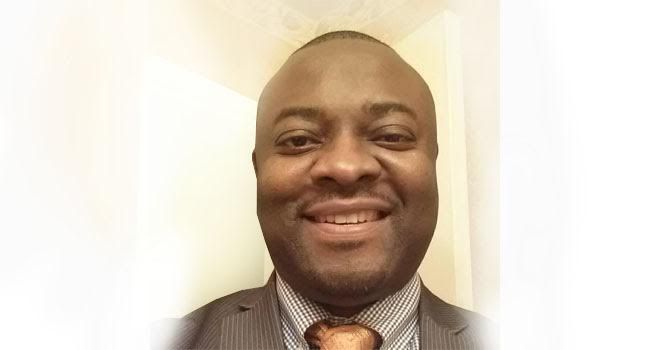 Dear Sir, I am writing you today to let you know that it was depressing to read the statement accredited to you that the Senator Ike Ekweremadu is a “revered Igbo son”. He is an Igbo son alight, but he cannot be “revered” when he illicitly amasses wealth beyond his income. It is such irresponsible utterances that encourage our youths to engage in nefarious activities just to be seen as belonging to that cancerous strata of the society that have now thrown ethics and integrity to the winds.

To begin, sir, your statement gives the wrong impression that Ndigbo are protective of their own who are corrupt and morally deficient. Was it not our people that say that “a boy sent by his father to steal does not go stealthily but breaks the door with his feet?” Sir, have you forgotten the brutal killing of worshipers in a church in Ozubulu last year? Sir, you are promoting cultural erosion and reorientation of our traditional core values of honesty, integrity and good behavior which has left us in this dire state of social decay.

So, your statement insinuating that the “unwarranted inquisition into Mr. Ekweremadu’s life” is because he is Igbo should be troubling to Ndigbo with an independent mind. As a matter of fact, there are many Igbo politicians as corrupt as the rest of them in APC that are protected in Buhari’s administration. If you doubt, ask Orji Uzor Kalu or the former Enugu State governor you referred to in your statement. Even Chief Jim Nwobodo that our hero Goodluck Jonathan used as an ethnic card to get our vote switched to APC and EFCC completely forgot about his share of the Dasuki loot.

I will, therefore, ask you to stop promoting your misleading notion as realities. You should stop cocooning Ndigbo in mischaracterization of issues that are purely political as sectionalism. I am writing you directly because I believe you should know that every falsehood from you are, unfortunately, unrepentantly parroted by social media trolls. The mutual fear between Ndigbo and other ethnicities in Nigeria is stoked by such ridiculous statement from you. You should, therefore, stop using the umbrella body of Ohaneze Ndigbo as a platform to spread falsehood.

Following the year 2017, in which IPOB and Nnamdi Kanu attempted but failed to convince us that everyone, except themselves, is an enemy of Ndigbo, you, Nnia Nwodo, is not helping matters by spreading falsehood. Clearly, you are playing the ethnic card to boost your flagging leadership of Ohaneze. In the absence of Nnamdi Kanu and IPOB, you are now free to resume your ungraded statements of playing ethnicity card on every national issue unchallenged.

Late last year, during the December/Christmas fuel scarcity, you claimed that the scarcity was a ploy to frustrate Igbos. I find it remarkable that someone with credentials as impressive as you who should be the face and the voice of Ndigbo should descend to the low level of trivialization of fuel scarcity as Buhari and APC’s hatred of Ndigbo.

Read also: Jim Ovia and the story he owes Nigerians

Clearly, it is your likes that reminds us of the terrible human obstacles to the political progress of Ndigbo in Nigeria. Why should the leader of a pan Igbo group peddle such misguided lie on a political prosecution in Nigeria that knows no religion and ethnicity? Why should you display such wretched victim mentality syndrome for an individual that is morally corrupt as if his corrupt enrichment is of any benefit to Ndigbo as a group? I am struggling with this “why” questions.

Every onye Igbo should be greatly disturbed by your (mis)characterization of failure of the Nigerian government to serve the need of Nigerians as victimization of Ndigbo. We should feel very uncomfortable watching you, the man that is parading himself as our voice constitute yourself as a bane of moral decadence in our society. I am beginning to conclude that Nnia Nwodo is a disaster and that Ohaneze and Ndigbo need a new leader before he leads us deeper into political isolation.

Of course, there are reasons in Nigerian history for the mutual fears, but we should never allow emotions go beyond reason. Clearly, you have been allowing your emotions to go beyond reason. At some point last year, it was looking as if you were competing with Nnamdi Kanu and IPOB on who should be crowned the prince of falsehood. Now you are supporting moral decadence just to be seen as “protecting” a “revered” Igbo son? Common, Nnia Nwodo.

I have always been reminded that it was President Buhari who threw the first stone when he said that he will not treat the constituents that gave him 5% and those that gave him 97% equally. Admitted, that was a political blunder that never should have happened. Elected leaders should treat citizens equally irrespective of political affiliation. Having said that, we have to remember that this is a president that was refused a courtesy audience by the umbrella body of Ndigbo, Ohaneze under your predecessors when he was campaigning for President.

Though not an excuse, we have to face the reality that human beings will always be humans, especially in Nigeria where it is nearly impossible to fade out the ethnic affiliation of any political actor. Sir, the leadership of Ohaneze Ndigbo before you committed a political taboo of not giving a candidate of a major political party APC a simple courtesy of an audience based on ethnicity. This memo is a reminder that you, Nnia Nwodo should not repeat the same mistake of promoting the cycle of misguided rage that will end up hunting the rest of us.

Finally, sir, remember the Igbo proverb says that ezi afa ka ego, “a good name is worth more than money?” Please don’t give an entire Igbo race a bad name by claiming that Ike Ekweremadu as a “revered” Igbo son. That is a disorientation of a core Igbo value. So, sir, this 2018, do not disparage the name of the Igbo people. Ndigbo will not allow you to use your position in Ohaneze to distort realities and feed us falsehood that reinforces a wretched victim mentality syndrome.