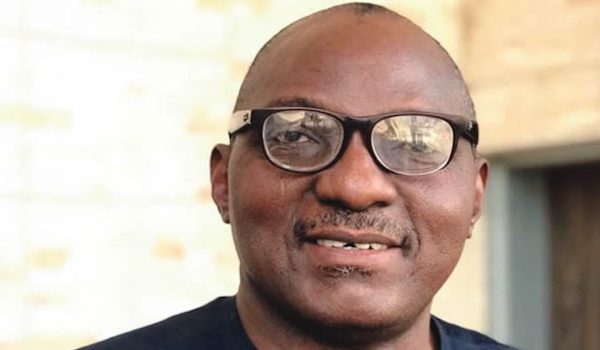 The Buhari Media Organisation (BMO) on Tuesday challenged the Peoples Democratic Party (PDP) to prove Minister of Works and Housing, Babatunde Fashola, wrong by showcasing one major infrastructure landmark put in place throughout its 16-year rule in Nigeria.

The minister had in his address titled: “Inclusiveness, Sustainable Growth and Development at a programme held at the Lagos Business School on September 29, said the President Muhammadu Buhari’s administration has performed better than all the PDP governments combined on infrastructure.

In a statement signed by its Chairman, Niyi Akinsiju and Secretary, Cassidy Madueke, the group said the minister’s assertion was a clear indicator of the difference between the PDP and the All Progressives Congress (APC)

The statement read: “It is almost one week after the Minister of Works and Housing, Babatunde Fashola, delivered a speech at the LBS which we assumed that PDP leaders may not have seen because they have been too engrossed in the survival battle in their party.

“So we are constrained to draw attention to key points in the speech of the former Lagos State Governor which centred largely around what the former ruling party did, or failed to do, between 1999 and 2015 when oil prices were quite high.

“Fashola was emphatic in saying that ‘between 1999 and 2015, all the infrastructure we are talking about today were crying for attention. Despite the prolific oil revenue in that period, I ask anyone to show one bridge, major highway, airport or a rail project that our country built.

“That was a challenge the minister threw at his audience on September 29 and anyone who might  have been misled to rate PDP high, but we have now opted to deliver that challenge to the former ruling party which had three administrations in place within that period to prove Fashola wrong.

“But without being bashful, we make bold to say that all PDP have to show for its 16-year rule is a national debt stock of $63billion, out of which $10.3billion were external loans, and several uncompleted or abandoned projects like the $480million CCTV project.

“Yes, the Buhari administration has added about $24billion to the debt stock as a result of limited resources, but it is crystal clear that the loans are tied to infrastructure that could have been easily built either in the Obasanjo years or between 2010 and 2015 when Nigeria made $381.9billion from crude oil sales alone.

“It would also be great to remind Nigerians of a key point that Fashola has been making in recent times; ‘in 2005 we choose to pay $12.09 billion to negotiate a Paris debt forgiveness when there was infrastructure crying out for attention”.

BMO also highlighted the difference between APC and PDP.

“Like many Nigerians, we are also aware that some people have, at one time or the other, said there is no difference between the two parties, but we are insisting that this is definitely not true.

“For starters, while PDP governments borrowed for consumption and for frivolities, the APC government opted to borrow to build infrastructure rather than increase the tax burden on Nigerians,  especially in the aftermath of the global COVID-19 pandemic.

“We also want to make reference to an example cited by Fashola in the LBS speech from two recent comments; one by PDP’s vice presidential candidate in the last election, Peter Obi and the other by President Buhari.

“Whereas Mr. Obi said a few weeks ago that ‘You cannot use infrastructure to drive economic growth, taking people out of poverty is not magic,’ the President was empathic during his recent visit to Imo State, saying ‘if we fix infrastructure, people will get on with their businesses.’

“So as insignificant as this point might sound, it captures the general mindset of the two parties towards infrastructural development, which is why under President Buhari’s watch, over 13,000 kilometres of roads and bridges are either under construction or rehabilitation nationwide.

“This is aside projects like Bodo-Bonny Bridge, Lagos-Ibadan Expressway, Abuja-Kano Expressway and Second Niger Bridge, which are now underway and heading towards completion before 2023. There is also the Ajaokuta-Kaduna-Kano (AKK) gas project to revive moribund industries on that axis.

“We also need to remind people who think PDP and APC are the same that a new generation of Nigerians are now able to travel by rail from Lagos to Ibadan, Itakpe to Warri and Abuja to Kaduna, unlike when the nation’s railway network was in a comatose state, almost throughout the 16 years of PDP.”

Related Topics:PDPpro-Buhari group
Up Next