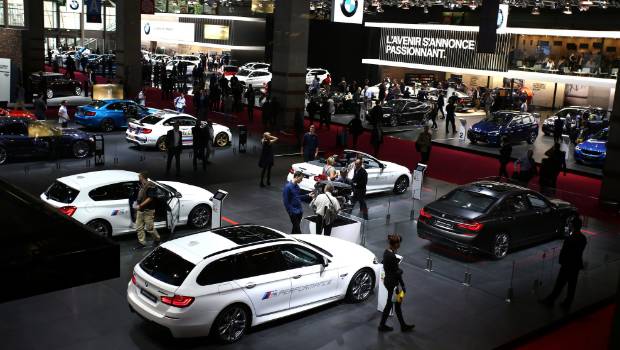 The future of electric cars is set to get a major boost, as top car makers, Mercedes and Audi showcase their all electric cars at this year’s Paris Motor Show.

Also, self driving cars are going to be major attractions at the show set to open to the public from Thursday till October 14.

The head of the French auto industry, Luc Chatel, said on Monday about the electric and self driving cars: “Each of these new cars requires 100 million lines of code: That’s five to six times more than in a Boeing.

Expectedly, auto industry executives gathering at the show will be rubbing shoulders with dozens of tech experts eager to tackle what many consider the ultimate connected device.

The enthusiasm for the electrified revolution is partly out of necessity, as regulators and local officials try to cut down on the smog chocking many large cities.

In Europe, car makers are racing to comply with tough EU limits on CO2 emissions that take effect by 2021, and the introduction of tougher emission testing standards in the wake of the “dieselgate” cheating scandal.

After investing billions of dollars in new batteries despite a still-uncertain payoff, companies are also betting that electric cars will help their bottom lines.

However, industry chiefs know they won’t be able to develop the full potential of an electrified, always-connected future on their own.

Google, Nokia and French IT specialist Atos are among the tech groups sending staff to the Paris show with pledges to help automakers navigate their industry’s seismic shift.

“Obviously every company would love to do everything by themselves,” Carlos Ghosn, head of the Renault-Nissan-Mitsubishi alliance, said in a keynote address Monday.

“There is an explosion around the services of mobility, where carmakers are going to play a role, in partnership with others,” he added, predicting that “we’re going to see in the Motor Show less and less car companies.”

Mike David, an analyst with Bloomberg Intelligence, forecast that prices would not come down to competitive levels until 2025. And with new technologies comes the chance for upstarts to jump in.

But with Audi and Mercedes showing off all-electric SUVs this week — shortly after Ferrari announced an ambitious plan for hybrids — more buyers might be convinced their performance has caught up with combustion engines.

“Their arrival also dispels any doubts over battery or quality issues,” JATO analyst Felipe Munoz wrote in a research note.