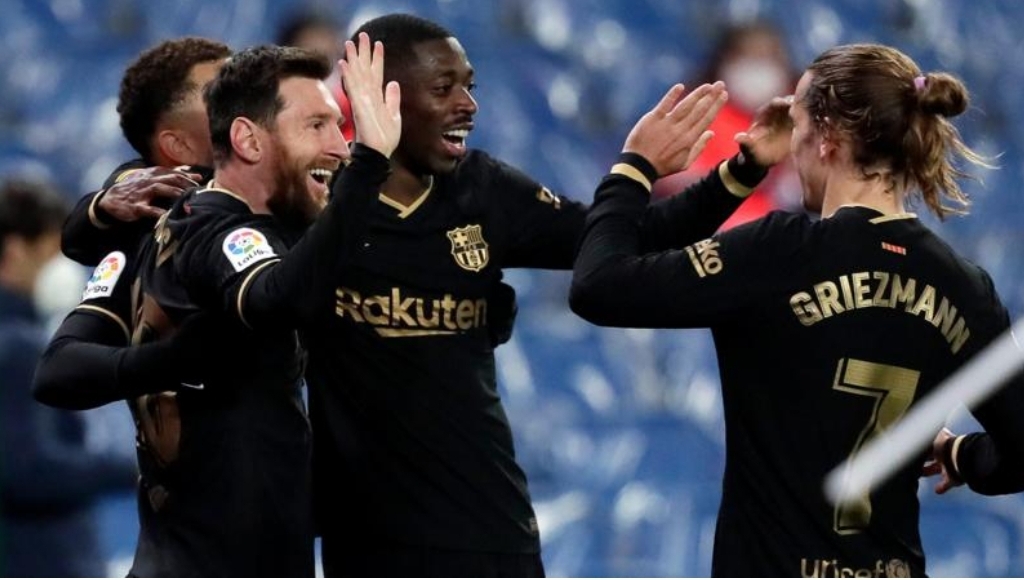 Lionel Messi has become the player with the most appearances in the history of Barcelona after he broke Xavi’s record on Sunday.

The Argentine has now played 768 times for the Catalan giants, reaching the figure in their 6-1 victory over Real Sociedad in La Liga.

Messi bagged a brace and also provided an assist in the game. Sergino Dest scored a brace too, while Antoine Griezmann and Ousmane Dembele scored a goal each.

With the win, Barcelona climbed above Real Madrid to sit second in the table, as the race for top spot in the Spanish topflight heightens.

Leaders Atletico Madrid had earlier beaten Alaves 1-0 with Luis Suarez scoring the only goal of the game.

The goal was Suarez’ 500th career goal, having scored 19 goals for Atleti, 198 goals for Barcelona, 82 for Liverpool, and 63 for his country Uruguay.

The 34-year-old also scored 12 goals at Uruguay side Club Nacional, 15 goal for Eredivisie outfit Groningen and 111 for Ajax.

Spurs bounce back from Europa loss; Arsenal fight back in six-goal thriller