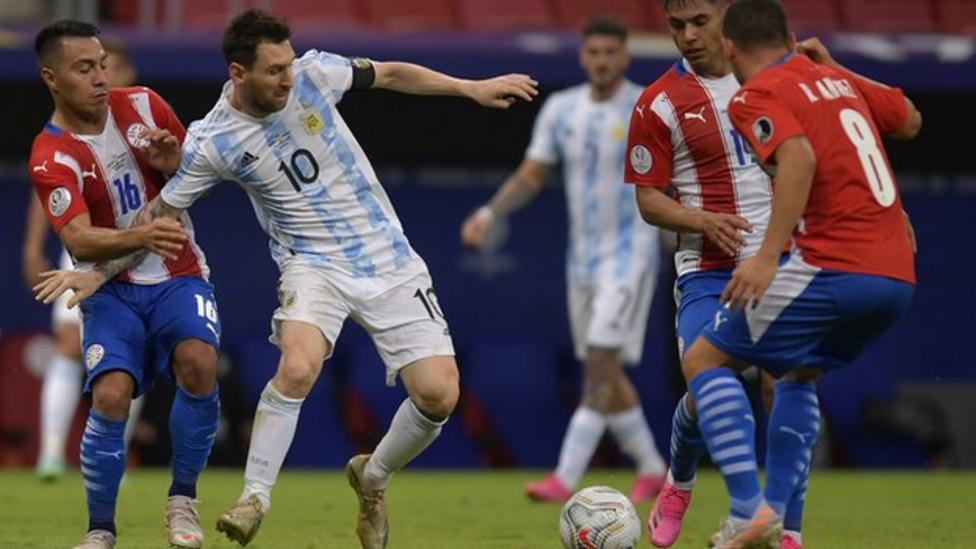 Lionel Messi has equaled the appearance record in Argentina after he played his 147th game for the national team early Tuesday morning.

The 34-year-old equalled Javier Mascherano’s appearance record in a hard-fought 1-0 win over Paraguay in Brasilia.

The Barcelona forward, who was influential in the game, helped his team progress to the Copa America quarter-finals with the victory.

Read Also: With nothing to play for, Messi to miss Barca’s final game of season

Papu Gomez scored the decisive goal early on, meeting a pass from Angel Di Maria before producing a fine finish.

Argentina top Group A ahead of Chile, who drew 1-1 with Uruguay in the other game of the group, to also advance to the knockout stage.

With four matches left to play in Group A, Paraguay have three points, Uruguay one, and Bolivia none, meaning they all still stand a mathematical chance of advancing alongside Argentina and Chile.

Brazil have already qualified from Group B.

Knee injury to keep Dembele on sideline for three months