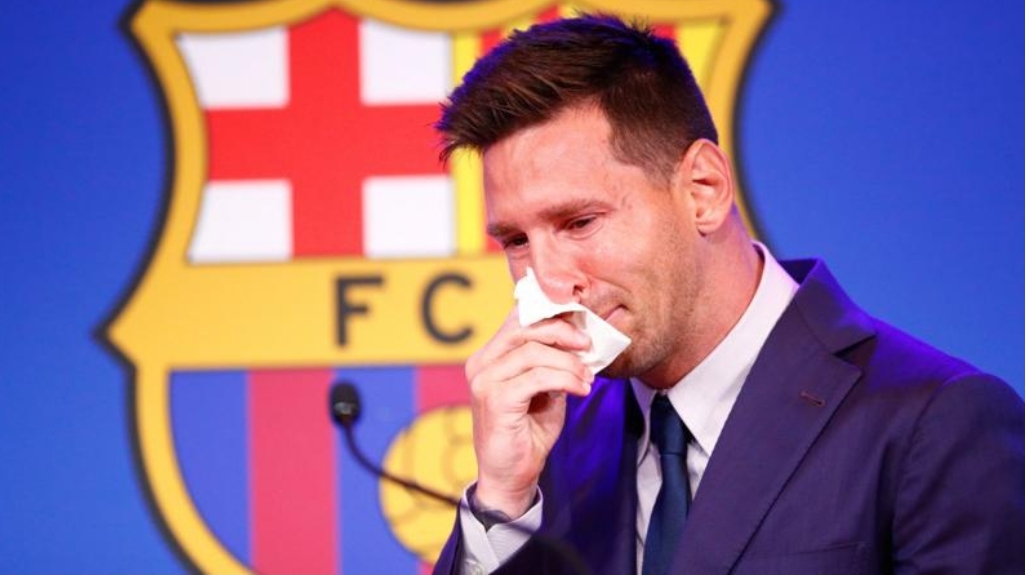 Lionel Messi was in tears at a news conference where he officially confirmed his depart from Spanish giants Barcelona.

The Argentine spoke at a conference on Sunday following a failed stay-on contract with the La Liga club, where he spent 21 years of his footballing career.

“This is the end with this club and now a new story will begin. Yes, it’s one of the most difficult moments for me,” said the forward who has won record six Ballon d’Or awards.

“I don’t want to leave this club, it’s a club I love and this is a moment I didn’t expect.”

Messi was asked for more detail about his Barcelona exit, which took the football world by surprise on Thursday evening after the club announced it was no longer possible to keep their star forward.

“What’s clear is I did everything possible, and they (Barca) couldn’t do it because of La Liga.

“A lot of things have been said about me, but on my behalf we did everything I could because I wanted to stay. Last year I didn’t want to stay and I said it. This year I did and I couldn’t.

“The time when I made my debut, that was my dream come true and everything that came later was amazing. I will always remember that moment where everything started,” he added.

Messi has been linked with a move to French side, Paris Saint-Germain, and talks are said to be ongoing, but the 34-year-old had once expressed his likeness for the United States’ Major League Soccer.

When asked if PSG was his next club, Messi replied “it is a possibility.

“I’ve had nothing confirmed with anyone. When the press release went out I had a lot of calls and we are talking about a lot of things.”

He continued: “I would’ve liked to have won another Champions League, I have the opinion we could’ve got one more.

“I don’t regret anything, I’ve tried to give my best. I’m ending my career here with a good amount of titles.

“I offered to reduce my salary by 50%, but they didn’t ask me for anything else. The news I asked for 30% more is a lie, a lot of things people are saying is not true.”

Barcelona have a match against Italian giants Juventus later on Sunday, and there will be no one in the Barca number 10 jersey.