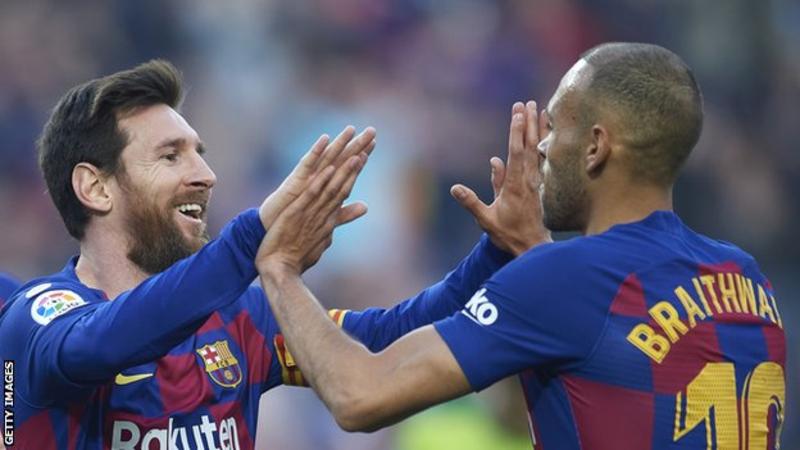 And Arthur completed the rout one minute from time.

Barca’s top spot could last for only few hours as second-placed Real Madrid play at Levante later on Saturday.

Coach Quique Setien admitted he was surprised by the impact made by his new signing.

“Braithwaite did more than I expected, much more,” said Setien.

“Honestly, I think we’ve made an extraordinary signing. He will adapt perfectly to what we want to do, he was involved in two goals and he understands the game so well.”

The La Liga champions will face Napoli in the Champions League last-16 on Tuesday, before travelling to the Bernabeu to face Real Madrid on Sunday.