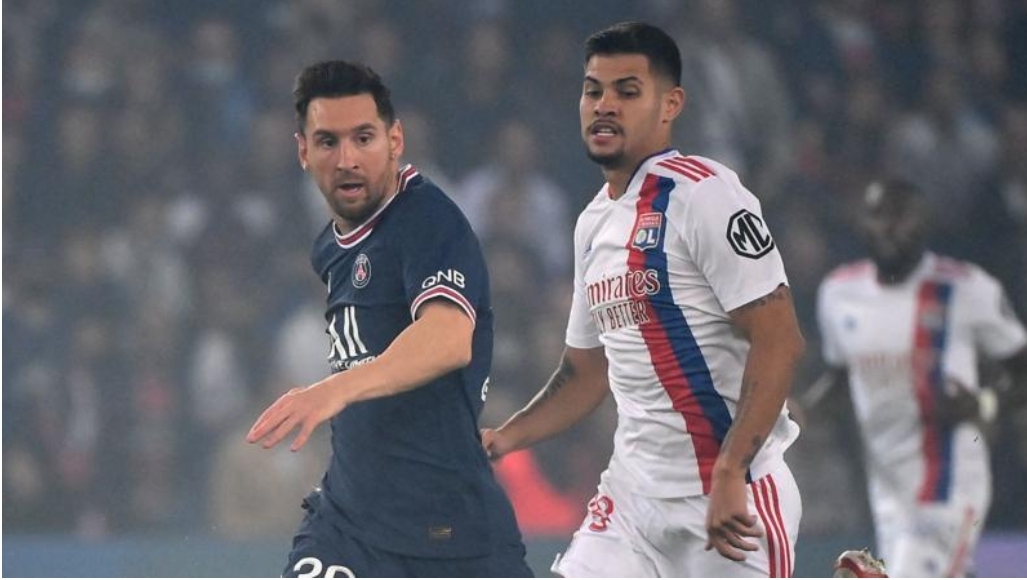 Lionel Messi was substituted on his home debut for Paris Saint-Germain after he struggled to make an impact against Lyon in Ligue 1 on Sunday.

The Argentine, who left Barcelona this summer for the French giants, was playing for the third time since his arrival.

He has failed to score a goal in the three appearances and on Sunday, he was replaced in the second half as PSG went on to beat Lyon to make it six wins from six in the league.

Messi did hit the angle of post and bar with a free-kick in the first half and forced a save from goalkeeper Anthony Lopes but was certainly below his best.

Lucas Paqueta had swept in Karl Toko Ekambi’s cross to give Lyon the lead in the 54th minute, before Neymar equalised with a controversial penalty on 66 minutes.

With the score at 1-1, Messi, 34, was replaced by right-back Achraf Hakimi and did not look happy at coming off.

The game was heading to a close when Mauro Icardi snatched all three points for the hosts with a injury-time winner, as he headed in Kylian Mbappe’s cross.

PSG’s next game is Wednesday’s Ligue 1 trip to Metz, as they bid to make it seven wins from seven at the top of the league.