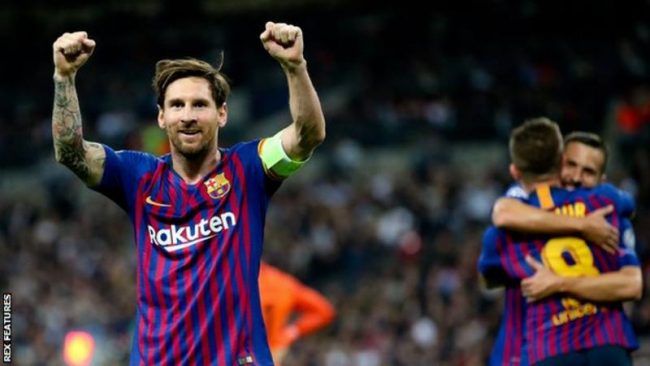 Argentina forward, Lionel Messi was in training Monday albeit alone at Barcelona after confirming he will continue at the club.

The 33-year-old had been missing training since the controversies over his intended transfer this summer begun.

He also failed to attend the club’s testing for Covid-19 on 30 August.

Messi was hoping to to invoke a clause that would allow him to depart the club for free but Barcelona argue the deadline for that has expired, forcing the player to stay.

Messi’s attendance in training is the first time has has trained since the arrival of new manager Ronald Koeman.

Barcelona are set to begin their La Liga campaign against Villarreal on 27 September.

Messi, six-time Ballon d’Or winner, has a contract with the Catalan side until the summer of 2021.