MEST opens 2022 applications for entrepreneurs in Ghana, Nigeria. 2 other things and a trivia | Ripples Nigeria 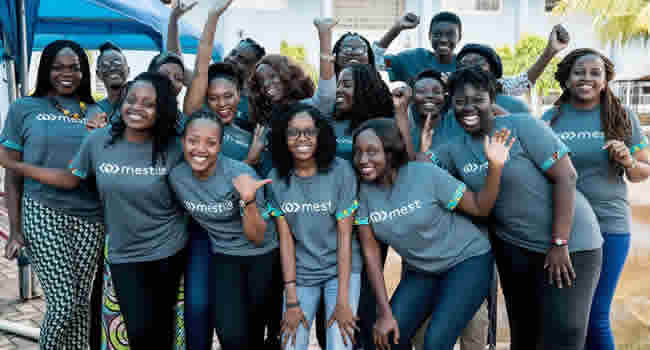 1. MEST opens 2022 applications for entrepreneurs in Ghana and Nigeria

The 13 year old MEST is a Pan-African training programme, seed fund and incubator for technology entrepreneurs in Africa.

Since its launch in 2008, it has been providing critical skills training in software development, business and communications.

Speaking on the development, the board noted that the body will accept entries until April 29, 2021.

After the application stage, successful applicants will be offered in-depth training and mentorship, access to a global network and the opportunity to build the next generation of global software companies.

The training will be delivered by global experts, featuring extensive hands-on project work, as well as mentorship from successful entrepreneurs, CEOs and other executives from Silicon Valley, Europe and Africa.

Koinz, an Egyptian food ordering and restaurant aggregator platform has raised a US$4.8 million seed funding round.

The fund, which is expected to help grow Koinz’s team as the startup seeks to expand across the Middle East, was led by Justin Mateen, founder of Tinder.

READ ALSO: Fintech startup Ukheshe to expand portfolio outside S&#8217;Africa. 2 other things and a trivia

Although, the fund was led by Tinder founder Justin Mateen, the round also featured 4DX Ventures and strategic angel investors from Egypt, Turkey and Saudi Arabia.

Active in Egypt, Saudi Arabia and the UAE, Koinz is expected to use the funds to grow its team and fuel further expansion across the Middle East.

Kenya-based Savannah Fund has announced a US$25 million fund that will invest in early-stage startups across Sub-Saharan Africa.

The body will place particularly interest in startups run by women entrepreneurs with chances of disrupting high-growth sectors.

Run and led by Mbwana Alliy and Paul Bragiel, Savannah Fund is one of the earliest Sub-Saharan Africa-focused tech venture capital firms.

Industry insight revealed that the company started its investment activities in 2012 when it launched its first accelerator programme in Kenya.

However, in 2016, it transitioned completely to seed and Series A investments, and has to date invested in 31 companies across seven countries on the continent.

Speaking to press, the VC noted that the fund will focus on seed to Series A investments in core markets Kenya, Nigeria, and South Africa, with an eye on expansion to emerging hubs across Rwanda, Ethiopia, Uganda, Ivory Coast and Ghana.

The creation of the modern electrical air conditioning unit and industry is credited to the American inventor Willis H. Carrier. After graduating from Cornell University, Carrier found a job at the Buffalo Forge Company.

There, he began experimenting with air conditioning as a way to solve an application problem for the Sackett-Wilhelms Lithographing and Publishing Company in Brooklyn, New York. The first air conditioner, designed and built in Buffalo, New York by Carrier, began working on 17 July 1902.