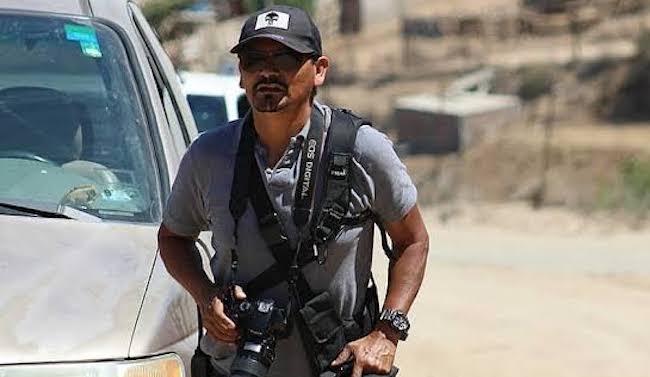 A Mexican photojournalist, Margarito Martinez, has been shot dead near his home in the northern Mexican city of Tijuana, near the United States border.

The 49-year-old, who covered the police and crime beat, was fatally shot on Wednesday in a renewed violence against the media in Mexico.

The security secretariat in the northwestern state of Baja California said in a statement that Martinez was shot in the head.

A media rights group, Yo So Soy Periodista (I Am a Journalist) said Martinez had previously received threats from people connected to organised crime.

At least 100 reporters had been murdered in Mexico since 2000, with powerful drug cartels operating in the country cited as perpetrators of the heinous acts.

Reporters without Borders (RSF) regularly ranks Mexico alongside war-torn countries such as Afghanistan and Yemen as the world’s most dangerous places for news media with only a fraction of the crimes leading to convictions.

Related Topics:Mexican journalist
Up Next

Woman sentenced to death for WhatsApp post against Prophet Muhammad