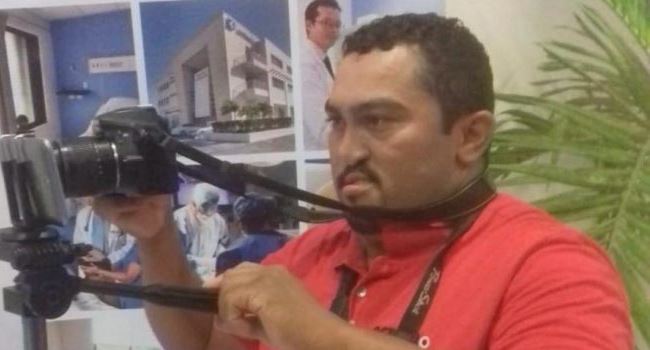 A Mexican reporter, Francisco Romero has been killed in the town of Playa del Carmen. He had been under official government protection, Aljazeera reports.

The body of Francisco Romero was found early Thursday morning in the parking lot of a nightclub; he had been called to the area after a news tip.

According to witnesses he was beaten and shot twice in the face.

Reports reveal that although Romero had four bodyguards, provided by the government to protect him following the recent death threats, he had sent them home just hours before his death.

Romero’s wife, Veronica Rodriguez, confirmed her husband had received numerous death threats and said she still feared for her life.

“The last time wasn’t even two weeks ago. They threatened him saying that if he didn’t do what they wanted, they were going to kill me,” she said while speaking with news men.

Romero is the fifth reporter slain in Mexico since January, officially making it the deadliest country in the world for journalists so far this year.

Last year, Mexico was ranked the third most dangerous in the world for the press after Afghanistan and Syria.