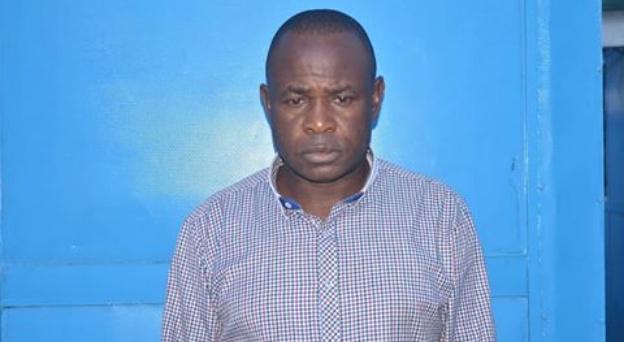 The Mountain of Fire and Miracles Ministries has suspended one of its ministers, David Onyekachukwu, for allegedly molesting and impregnating a sixteen-year-old girl.

Onyekachukwu had earlier been arrested on Sunday by operatives of the National Agency for the Prohibition of Trafficking before his suspension on Monday.

Onyekachuku, who is a widower, was said to have offered to provide shelter and also to deliver the Junior secondary school 2 student from witchcraft before he started making love advances to her.

Reports also claimed that incident happened when the victim moved in with the alleged pastor and his daughter in Karmo after she lost her parents.

In a statement released by NAPTIP, the 48-year-old attributed his crime to the work of the devil claiming he had done it only twice.

The suspension which was confirmed in a statement by the Regional Overseer of MFM in Gwarimpa Region, Pastor Niyi Babalola, showed that the suspect was not an ordained pastor but a member of the church branch.

While frowning at the indecent act perpetrated by the culprit, Babalola added that the indefinite suspension was in line with the rules and regulations of MFM which forbid such acts and frown at them.

However, the anti-trafficking agency noted that the case would be diligently prosecuted to secure justice for the victim.