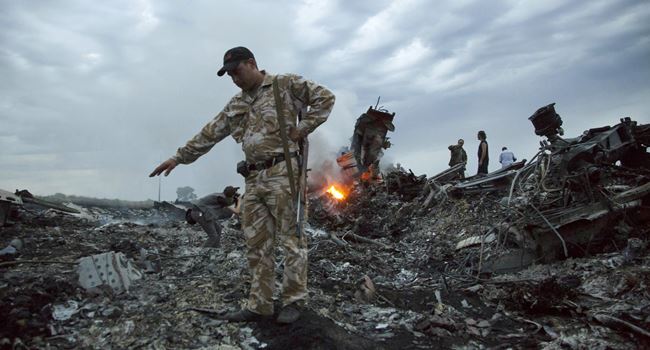 A Dutch-lead Joint Investigation Team (JIT) has claimed that it intercepted phone calls which confirmed that the rebels accused of shooting down the Malaysia Airlines flight MH17 over Ukraine had “close ties” with Russia before the 2014 attack.

The JIT said in a statement that the calls between officials in Moscow and pro-Russian rebel leaders in eastern Ukraine, who are facing trial over the incident, revealed that the ties were “much closer” than originally believed.

“There was almost daily telephone contact between the leadership of the DPR and their contacts in the Russian Federation,” JIT said in a statement on Thursday, using the acronym of the Donetsk People’s Republic rebels.

“The indications for close ties between leaders of the self-proclaimed Donetsk People’s Republic and Russian government officials raise questions about their possible involvement in the deployment of the [missile], which brought down flight MH17 on 17 July 2014,” JIT said.

The MH17 was unfortunately shot out of the sky over the territory held by pro-Russian separatists in eastern Ukraine as it flew from Amsterdam to Kuala Lumpur with all 298 passengers aboard the flight killed.