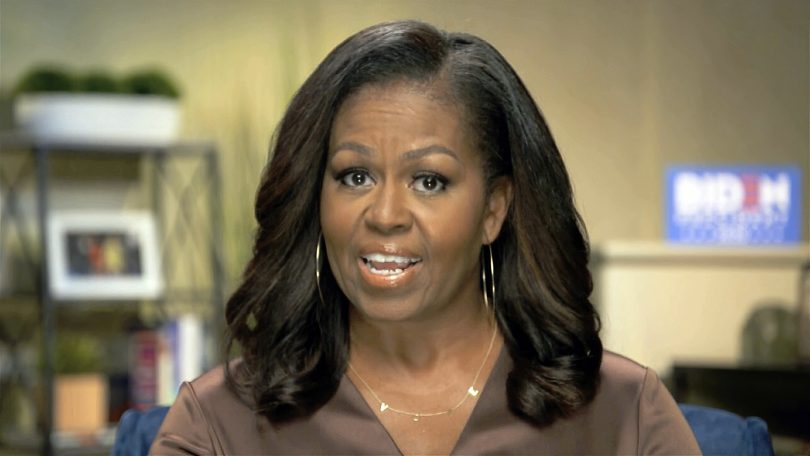 Michelle Obama, the former First Lady of the United States of America has branded the incumbent president, Donald Trump a racist who will destroy the country if re-elected into power.

Mrs Obama made the comments on Tuesday in a 24-minute video while offering closing arguments for Democratic White House nominee Joe Biden four weeks before election day on November 3.

She described Trump as a “racist” president whose strategy of fear-mongering, division and promoting ugly conspiracy theories could “destroy” the United States if he is re-elected.

READ ALSO: COVID-19: Trump returns to White House, tells Americans not to be scared of the virus

Obama also accused Trump of “willful mismanagement” of the coronavirus crisis, noting that more Americans have died from COVID-19 than died in the Iraq, Afghanistan, Vietnam and Korean wars combined.

“Our commander-in-chief,” she said, “sadly, has been missing in action.

“Trump spreading lies’ in order to “distract from his breathtaking failures”, Obama said Trump was “morally wrong” for taking actions that intimidate voters and for “lying about how minorities will destroy the suburbs”.

“What the president is doing is once again patently false, it’s morally wrong, and yes, it is racist,” said the 56-year-old wife of Barack Obama, the first Black US president from 2009 to 2016.