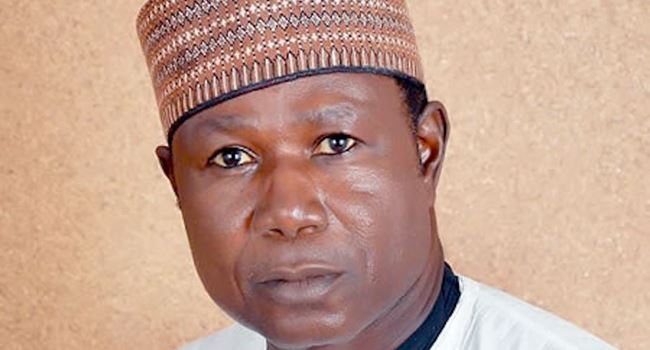 The Middle Belt Forum on Thursday threw its support behind the return of the Presidency to the South part after the 2023 elections and the tenure expiration of President Muhammadu Buhari.

This was clarified by Bitrus Pogu, the MBF President during a live interview on AriseTV which was monitored by Ripples Nigeria.

Pogu’s assertion came in the wake of the declaration by the Northern Governors Forum opposing zoning and rotational presidency.

This was after an earlier statement by the Southern Governors Forum which clamoured for a return of the Presidency to the region.

However, Pogu said, “It is only natural for the presidency to go to a different region after a tenure of another region.

“The Southern Governors Forum made that statement in response to the body language of so many Northerners which made it seem like something is fishy.

“The statements and responses of the Northern Governors and rulers are unfortunate but we need to do the right thing. Let the Presidency go down south for the betterment of the country after 2023.

“The Middle Belt brings another variable and the North doesn’t consider the Northern minorities which is why we support the South.”

The MBF President further queried the alleged numerical advantage being touted by the North, calling it a propaganda.

Pogu also called for the institution of the electronic transmission of election results in order to ensure transparent elections in the future.

“Take the Middle Belt out and the numbers are useless but for propaganda, the North uses that line to deceive the voting populace. This is why Nigeria needs a transparent and electronic electoral system in order to cut out these mischievous middlemen called Returning Officers. This method will expose the people who inflate figures and the country will be better for it.”

Pogu further stated that the Forum partnered with groups in the South due to the selfish interests of Northern politicians.

“The Middle Belt Forum is partnering with groups in the South because our Northern brothers use us for their own selfish purposes.

“This partnership was forged recently and we believe we have a lot in common with the South in order for all Nigerians to have equal status.”

N1.64tn at stake, as Oyo joins Rivers, Lagos in suit against Nigerian govt over VAT collection