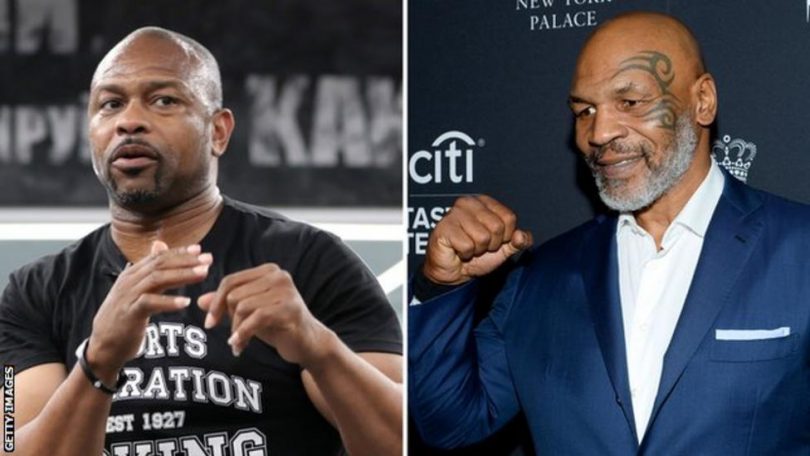 Former heavyweight boxing champion, Mike Tyson is set to make a return to the boxing ring for an exhibition fight against Roy Jones Jr.

51-year-old Jones Jr, a ex-four-weight world champion, has not fought since beating Scott Sigmon in February 2018.

Tyson, 54, who last fought professionally in 2005, recently fuelled rumours of a comeback when he shared filmed pad workouts on social media.

Read Also: Unlike Fury, Joshua not willing to fight Tyson ‘because people would boo’

The bout is scheduled to take place on 12 September in Los Angeles.

The California State Athletic Commission has sanctioned the fight, which will be over eight rounds and broadcast on pay-per-view.

Recall that Tyson became the youngest ever world heavyweight champion at 20 when he knocked out Trevor Berbick in 1986.