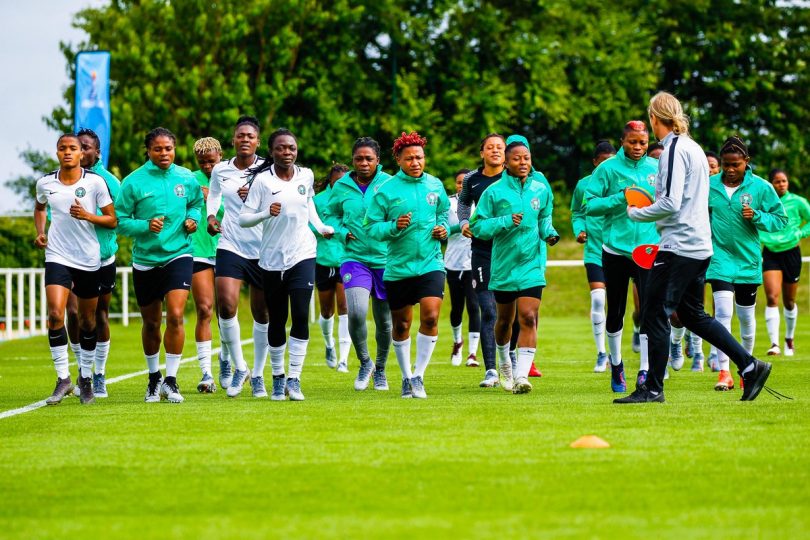 Super Eagles captain, John Mikel Obi has added his voice to the loud cheers emanating from all corners in support of Nigeria’s Super Falcons as they compete at the FIFA Women’s World Cup.

The Falcons are currently waiting and hoping that they make a spot in the round of 16 of the ongoing tournament after they lost 1-0 to host nation France on Monday night.

Despite losing the ball frequently and not managing a shot on target, Nigeria showed high-level bravery against the hosts, but a late controversial penalty-retake call by the Video Assistant Referee (VAR) handed the slim victory to France.

Having lost their opening game 3-0 against Norway and bouncing back with a 2-0 win over Korea Republic, the Thomas Dennerby team finished on third in Group A, and now hope to emerge as one of the best four third-placed teams in order to advance.

Speaking from Egypt where the Super Eagles are already getting ready to kick off their Africa Cup of Nations (AFCON) campaign, Mikel Obi told the women’s team that the entire Eagles are wishing them the best.

“I just want to say weldone for your efforts,” said Mikel.

The 2019 AFCON is set to kick off on Friday, June 21 as hosts Egypt take on Zimbabwe in the opening encounter.

The Super Eagles will begin their campaign the following day in Alexandria against Burundi, before facing Guinea and Madagascar in their other group matches.

Nigeria, three-time champions of Africa, are one of the favourites to lift the trophy in Egypt on July 19.