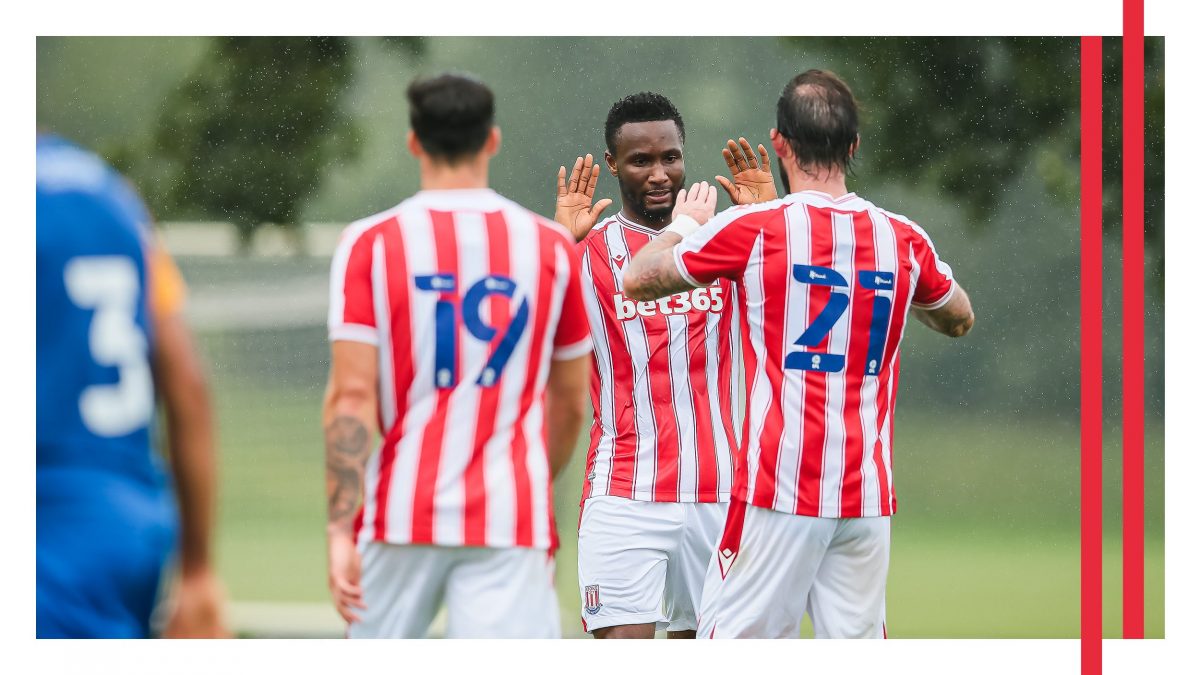 Nigeria midfielder, John Mikel Obi has once again expressed his dedication to the aim of Championship club, Stoke City, which is to gain promotion to the Premier League.

Mikel Obi, who joined the side at the start of the season after parting ways with Trabzonspor in Turkey, wants to return to the English topflight.

The Potters have lost only once in five league outings this season and currently occupy 10th position on the table.

Mikel has featured in all of Stoke City’s league games and is set to feature again this weekend.

“I just keep going, get ticking over and get the team to play and help the team defensively as well,” he said.

“We’re trying to find a way to play out. You could see in the game (against Barnsley) that we did that a few times, we did come out really well. If we keep playing like this I think we’ll be there.

“It’s been good. Everyone has been lovely and helped me to settle in; the managers, the players, the staff. It’s been great, I’m enjoying myself to be back playing the game and the aim is to help get this club where it should be, which is in the Premier League.”

Stoke City will host Brentford at the Bet365 Stadium on Saturday.