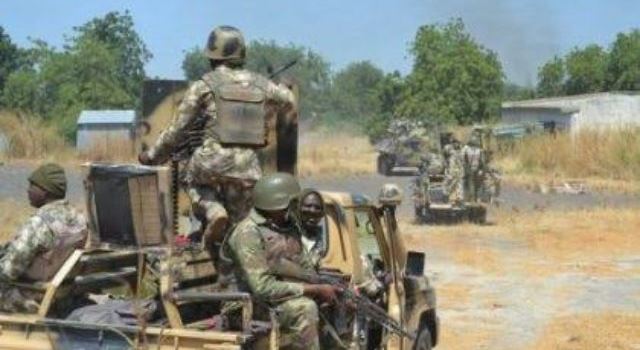 The Defence Headquarters claimed on Thursday troops have killed over 50 terrorists in the Northern part of the country in the last three weeks.

The Director of Defence Media Operations, Major Gen. Musa Danmadami, disclosed this while briefing journalists on the operations of the armed forces in Abuja.

He said troops of Operation Hadin Kai had between December 30, 2022, and January 12, 2023, killed 25 Boko Haram and Islamic State of West Africa Province (ISWAP) terrorists in the North-East.

He added that the troops rescued 47 civilians while 377 Boko Haram/ISWAP terrorists and members of their families laid down their arms.

These, according to him, comprised 52 adult males, 126 adult females and 199 children.

The spokesman revealed that the troops also apprehended 18 terrorists and 21 logistics suppliers, two foreign informants and five kidnappers across the regions during the period.

He said all the items recovered from the criminal elements were handed over to appropriate authorities for further action.

Danmadami said: “The captured terrorists and those surrendered with members of their families are being profiled for further action.