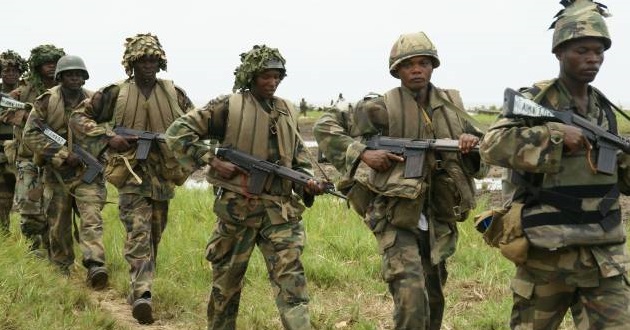 Troops of Operation Safe Haven on Monday killed a notorious bandit leader and some of his gang members at Tafawa village in Barkin Ladi local government area of Plateau State.

The Coordinator, Defence Media Operations, Maj.-Gen. John Enenche, who disclosed this in a statement on Tuesday in Abuja, said the troops undertook the operation following reports from local sources on the whereabouts of the notorious bandit leader who was hibernating in the area.

He said the troops had on September 26 engaged armed bandits during a foiled robbery at Bisichi.

According to him, the leader of the bandit was fatally injured during the military operation but managed to flee the onslaught and was receiving treatment at the hideout in Tafawa village.

Enenche said: “However, troops stormed his hideout, undeterred by the criminals’ futile effort to halt the advancing troops through sporadic firing.

“The valiant troops, adopting aggressive tactical maneuvers, overwhelmed the criminals with effective and superior firepower, neutralising the bandit leader and some of his fighters while several others escaped with fatal wounds.

“Troops are however in pursuit of the fleeing criminals with express orders to bring them to book.

“The Military High Command commends the gallant troops for their professionalism and resilience, and encourages them to intensify the onslaught against the enemies of our country.

“The general public is thus encouraged to continue providing credible information to the troops operating within their localities.”