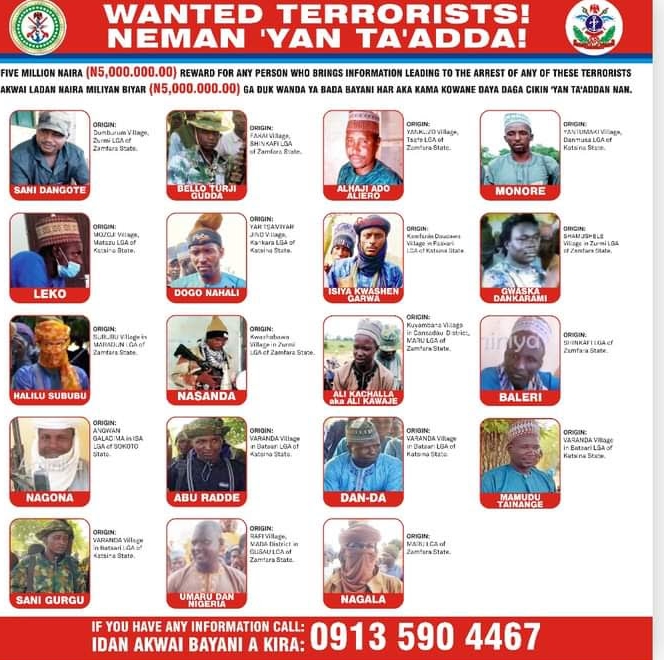 The Defence Headquarters on Monday published details of 19 wanted terrorists and attached a reward of N5 million for any person with valid Information to facilitate the arrest of the insurgents.

The Director of Defence Information, Maj.-Gen. Jimmy Akpor, in a statement, attached a contact line— 09135904467— for Nigerians to keep in touch with the security agencies as regards the names

This development was not unconnected to the ongoing effort by the military to stamp out security challenges confronting the country, especially in the North-East, North-West and North-Central zones.

6. Nagona from ANGWAN GALADIMA in ISA LOA of Sokoto State.

11. Dan-Da from VARANDA Village in Batsari LGA of Katsina State