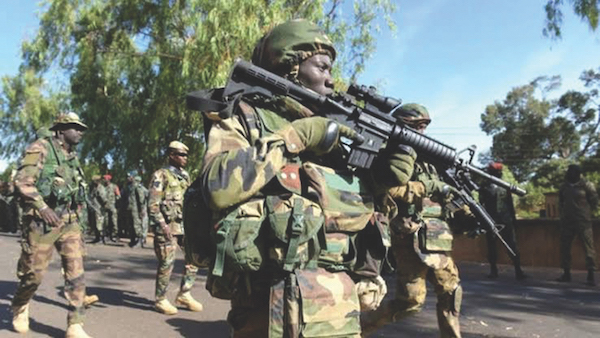 The Defence Headquarters said on Sunday that troops of 31 Artillery Brigade of the Nigerian Army, under Operation Whirl Stroke, rescued seven kidnapped victims at the Dogon Gona Forest area of Niger State.

The Coordinator, Defence Media Operations, Maj.-Gen. John Enenche, who disclosed this in a statement, said the victims were rescued after the troops engaged bandits in a gun duel on Saturday.

The defence spokesman said the victims were abandoned by the bandits after the encounter, adding that they were said to have been kidnapped on March 27 and taken to an unknown destination.

He said: “Following interrogation after a successful rescue operation, the Village Head of Madaki confirmed that the victims were natives of Roro Village of Shiroro local government area of the state.

“The victims would soon be handed over to the appropriate authorities for further necessary action.

“In a related development, troops of 31 Artillery Brigade on April 11, engaged bandits in a gun duel at Kontokoro Village while on clearance operation.”

COVID-19 not a death sentence —WHO