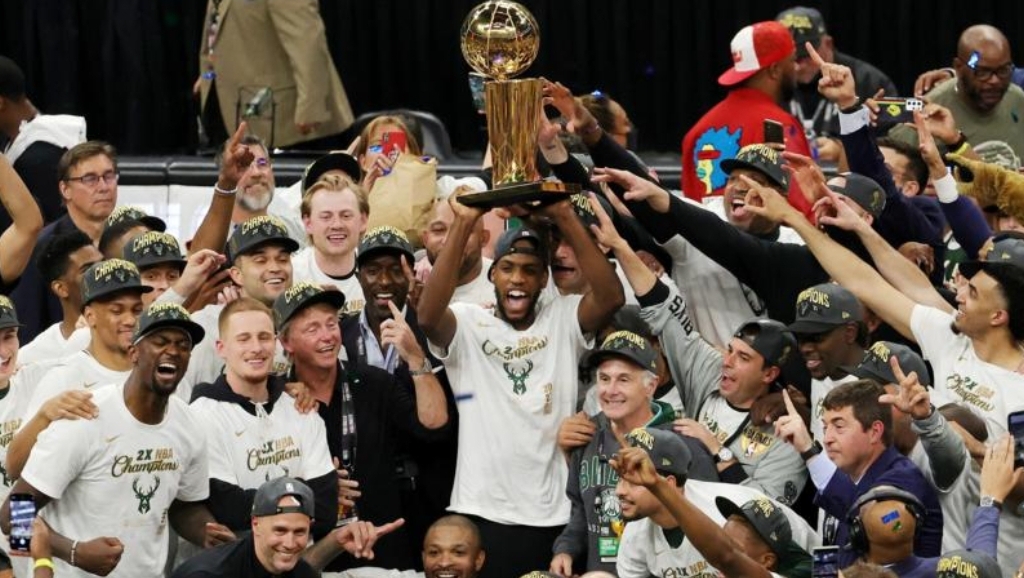 Milwaukee Bucks have completed the series turnaround to claim their first NBA title for 50 years with a 105-98 victory over the Phoenix Suns.

The Bucks’ 4-2 series win, their sexond triumph in the history of the NBA, was sealed in front of a 20,000 crowd as 65,000 celebrated outside the Fiserv Forum.

Giannis Antetokounmpo scored 50 points, 14 rebounds and five blocked shots, and excitedly said after the game: “I’m happy I was able to do it with this team for Milwaukee.”

Antetokounmpo matches the feat of Michael Jordan and Hakeem Olajuwon by collecting the NBA Finals MVP and NBA defensive player of the year awards in the same season.

The Suns were seeking a first NBA crown in their 53-year history, having also lost NBA Finals series in 1976 and 1993.

But the Bucks put up a thrilling performance to become only the fifth team to win the best-of-seven finals series after losing their first two matches.

They waited 50 years to seal the feat and celebrate a winner after Kareem Abdul-Jabbar and Oscar Robertson led the Bucks to the championship in 1971.