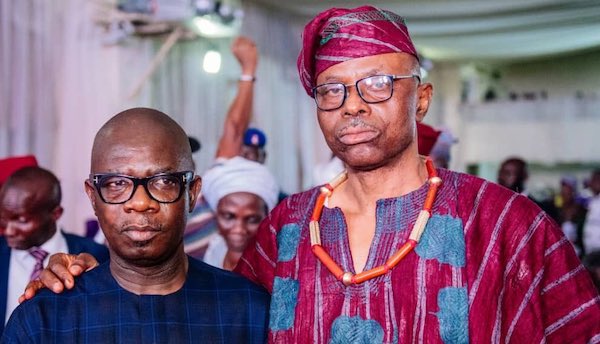 A former governor of Ondo State, Olusegun Mimiko, on Sunday hosted the state’s Deputy Governor, Agboola Ajayi, at his residence in Ondo Town.

In his address at the forum, the ex-governor said he would not respond to the various allegations levelled against him by his successor, Oluwarotimi Akeredolu, until the governorship campaigns began.

The governor had complained about several abandoned projects left behind by his predecessor, and described the act as a disservice to the people of the state.

However, Mimiko said the time to compare his government with that of his successor had not come.

He said any party or government that would not meet the needs of the masses at the point of their yearnings was not progressive.

He thanked Ajayi for joining ZLP and hailed him and his followers as true progressives.