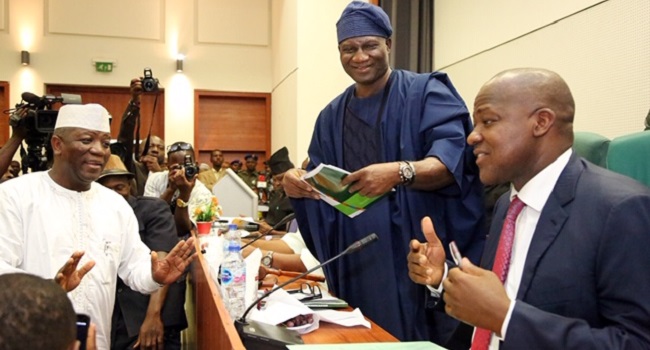 The Governor of Zamfara State, Alhaji Abubakar Yari, has warned the National Assembly not to pass a new National Minimum Wage that would be difficult for states to pay.

The governor, who is also the Chairman of the Nigerian Governors Forum, also insisted that only Lagos State can pay the N30,000 labour is clamouring for.

Yari gave the warning in an interview with journalists on the sidelines of the public hearing on new National Minimum Wage bill by the House Ad hoc Committee on Monday in Abuja.

It would be recalled that President Muhammadu Buhari had sent an executive bill to the National Assembly proposing N27,000 as the new minimum wage but labour has kicked against it.

Several members of the House, including the Speaker, Yakubu Dogara, have also denounced the N27,000, contained in the executive bill, saying it was inadequate to sustain Nigerian workers.

In his reaction, Governor Yari insisted that the demand for N30,000 as the new minimum was not realistic.

According to him, only Lagos State can afford that N30,000 as minimum wage, not even Rivers can pay that much, adding that leaders must tell themselves the truth and not pass figures that would be difficult to implement in the field.

“It is easy to call figures, but when it comes to implementing in the field, it becomes a problem.