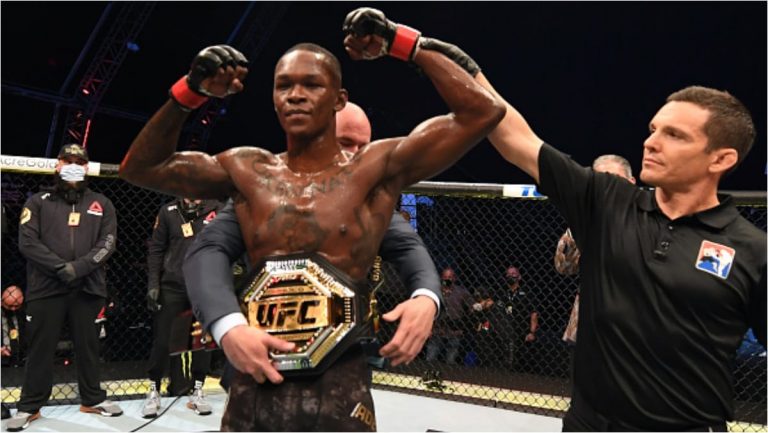 The fight which took place in Abu Dhabi saw Adesanya pick apart his far bigger opponent before landing brutal ground strikes in the second round.

His victory means he retains his UFC middleweight championship title, and Dare, who took to Twitter to celebrate the 31-year-old, expressed gladness that Nigeria was on the podium again.

Meanwhile, Brazilian Costa, who was left bloodied and bruised on the canvas, now has his undefeated record in tatters.

After the fight, Adesanya took the chance to call out Jared Cannonier as he confirmed he would fight the American, if he could beat Robert Whittaker.

He said: “I know this game, I don’t just play this on EA Sports, I play this for real, so when I do this, I know what I’m talking about.

“I still have to watch it again, little bit sloppy, but I’m a dog and I do what I do.

“I still don’t like him. I don’t know him personally, I don’t wish he dies or anything, he’s alive, I let him be alive.

“Cannonier, I want Cannonier next.”