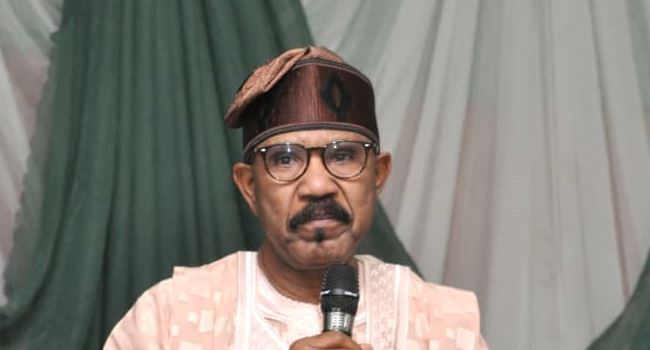 The Minister of State for Health, Olorunnimbe Mamora, on Wednesday said that doctors and health workers had been paid up to N20 billion as COVID-19 inducement allowance by the Federal Government.

Resident doctors in the country started a strike action on Monday, September 7, after accusing the federal government of going back on promises made to them.

Among other things, the doctors claimed that the government failed to pay them COVID-19 inducement allowances.

But Mamora, responding to the claim when he appeared on a Channels Television programme said, “We have been able to pay the COVID-19 inducement allowance because we had to suspend the hazard allowance for this period so that we can go into renegotiation after.

“We are now paying starting from 50 per cent of the basic of the workers depending on where the point of operation is. We were able to pay April, May full, June, part of it has been paid but not fully paid and it’s because of the economic situation and these funds have to be sourced for one way or the other.

“We’ve been able to disburse close to N20bn and I repeat close to 20bn. So, to now say nothing has been done, that is not true.”

On the complaint by the doctors concerning the insurance package for health workers Mamora said:

READ ALSO: Resident doctors to embark on another strike Monday

“We discussed this in our previous engagements with the doctors and we did say that you need to come up with this information and all the relevant officials, particularly in the office of the head of Civil Service of the Federation were present so that they (doctors) will know who to direct all these things to.

“What we just do in the ministry of health is the supervision of the process. So, when a health worker dies and he was an employee of the Federal Government, the information comes to us, goes to our Human Resources Directorate and it is processed. Ours is to do a follow-up but the office of the head of Civil Service will get these things done because they are the one that interface with insurance companies because it is a group of insurance companies that manage this process.

“But what we have discovered is that some of the time, the appropriate information is not made available. For example, we have asked the various federal tertiary hospitals to come up with their nominal role so we know who is on that list and stands to benefit in the event that death, unfortunately, happens. We made that clear and the doctors said they now understand better.”