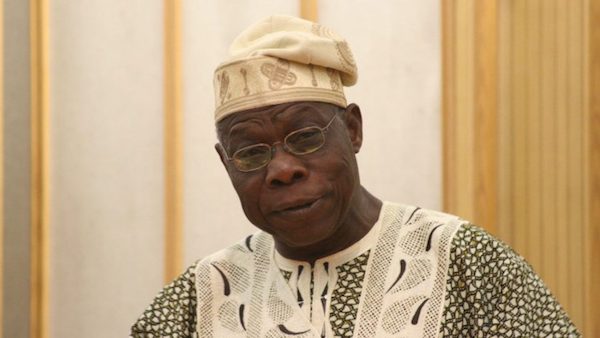 Former President Olusegun Obasanjo has called on the groups pushing for the break-up of Nigeria to consider that minority ethnic groups would be oppressed if their agitations came through.

Obasanjo spoke on the subject while receiving members of Tiv Professionals Group at his residence in Abeokuta, Ogun State on Wednesday.

While relaying the position of a military friend of his, Obasanjo expressed fears that those beating drums of division in the country do not have the interest of the minority ethnic groups at heart.

“Where do we want those minority groups to stand? Wherever they stand, now they are by virtue of Nigeria’s present situation a little bit protected.

“But if Nigeria breaks up and they are in a smaller country, they will be oppressed. They will always be exterminated. Are we thinking of that?”

Speaking further on the coming general elections in 2023, Obasanjo expressed hopes that the country could experience a fresh start amid the several challenges bedeviling the nation.

“I do believe that whatever else we do, we have to make the year 2023 a watershed for Nigeria.

“The year 2023 should give us the beginning of the emergence of a new federation,” he added.

Related Topics:#featuredObasanjosecession agitators
Up Next

SocialMediaTrends: More on Mbaka’s return & why Nigerians are passing vote of no confidence in Buhari