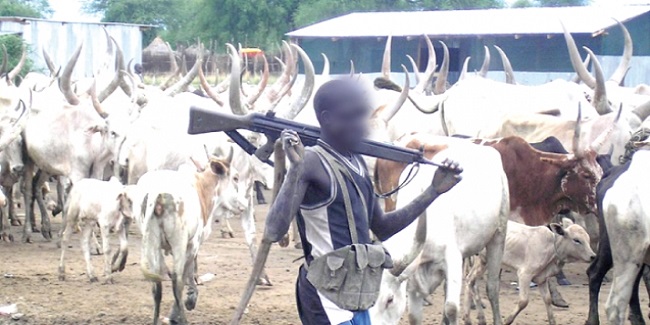 The national secretary of the Miyetti Allah Cattle Breeders Association of Nigeria (MACBAN), Baba Ngelezarma, has blamed governors for clashes between herdsmen and farmers.

The clashes have led to the loss of many lives and property in Benue, Plateau, Taraba states among others.

Speaking at a town hall meeting organised by the federal government in Abuja on Thursday, Ngelezarma said his organisation is not opposed to ranching but the government should make it attractive to the herders.

“We are not opposed to ranching, all that we are saying let us begin to identify grazing reserves, let us know their current status in the view of developing them and making them attractive to the pastorialist. The cow to them is a thing of prestige, a means of livelihood,” he said.

“You have to put something in place for them to see before you accept. A lot has been said about this issue. Up till now, nobody is looking at the root cause of the crisis and the people responsible are the state governors.

He said the association submitted a road map to Kashim Shettima, chairman of the northern governors forum, on ways the crisis could be resolved.

Read also: 2019: Moghalu lists issues that have made Buhari lose goodwill among Nigerians

On his part, Peter Mayowa, a representative of the Christian Association of Nigeria (CAN), said the open grazing should be allowed to continue while the government gradually introduces ranching.

“If you introduce a policy it will be difficult to implement, let the two (open grazing and ranching) together. The old one will phase out,” he said.

Earlier, Lai Mohammed, Minister of Information and Culture, reiterated that the clashes between herdsmen and farmers was not religious.

“For those who might be tempted to view the clashes between farmers and herdsmen from the ethno-religious prism, I will cite two instances to debunk such postulation. Zamfara state is probably the epicentre of cattle rustling in Nigeria. Those who rustle cattle are Muslims. The owners of the cattle they rustle are Muslims. Both groups most likely belong to the same ethnic group,” the minister said.

“Yet, clashes still occur, to such a level that people land in jail. I have cited these examples so that we can be open to interrogating the real causes of the incessant clashes that have captured national and international attention and turned former neighbours to bitter enemies, so that together we can help to evolve a lasting solution to
this crisis.”

Amid ban on Codein NDLEA intercepts 4 tonnes of imported Tramadol