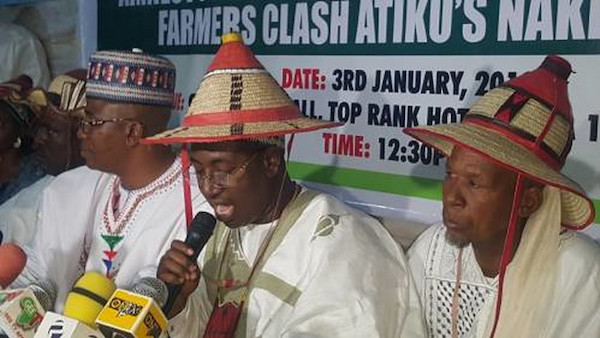 The Miyetti Allah Cattle Breeders Association of Nigeria (MACBAN) on Sunday vowed to shut down cattle markets and settlement in states in the South East.

Siddiki explained that the action was neither a threat nor protest but an attempt to address the numerous accusations against Fulani herdsmen being involved in crime in the area.

He said the Enugu shutdown was successful as a number of persons among them who did not have business with herding or other legitimate activities had been asked to leave their fold.

“We shut down livestock and perishable good markets to enable us sensitise our members on the need for peaceful coexistence, that they should be watchful to know when bad people infiltrate their midst and to chase them.

“We have told them to belong to a group, those selling cattle, those selling goats, those carrying goods; everybody has to be identified by the leader of their group, even in the Fulani settlement, people has to be known with their families.

READ ALSO: Council of Imams accuses CAN of politicising security challenges in Kaduna

“If there are people in these places who don’t have business, we are telling them to leave Enugu and the entire Southeast because we want to know those who are among us, so it is an internal audit,” he said.

Siddiki, who is also the leader of Fulani community in Anambra, commiserated with families of those who lost their loved ones in recent violent attack in Enugu, and expressed the commitment of his members to ensure that there was no recurrence.

He said it had been observed that most of the troubles were caused by migrant herders, while calling on his members to stop migrating from state to state within the Southeast.

He said the sensitisation would continue to the local government level of Enugu after which they would move to other states.

“The exercise is to show the indigenes, our hosts in the Southeast that we are so worried by the complaints and accusations of violence and crime which is pointing at us.

“We want to condole the families of those that lost their loved ones; we want to assure them that we are worried about the development.

“We started with Enugu as the regional head of Southeast but we are going into other states of Abia, Ebonyi, Anambra and Imo to ensure that the message gets to our members everywhere already, our members in these states are waiting for us.

“We have identified that those causing problems among the Fulani are the migrants; that is why we are saying that migration should stop, people should stay where they are and graze their cattle,” he said