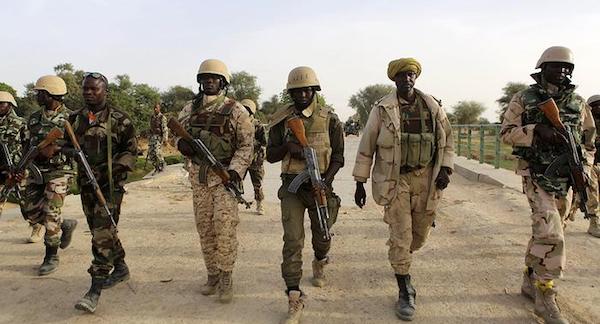 The Multinational Joint Task Force (MNJTF) on Saturday said it was looking at possible areas the United Kingdom (UK) Government could support its insurgency fight in the Lake Chad region.

The Chief of Military Public Information for MNJTF, Col. Muhammad Dole, disclosed this in N’Djamena, Chad.

He said that during a recent meeting with the First Secretary Political for Lake Chad Basin, Dr Katharine Brooks and the Deputy Defence Advisor at the British High Commission in Nigeria, Lt.-Col. Bobby GilBrooks, in Maiduguri, possible areas of interventions by the UK Government in furtherance of MNJTF efforts at ending terrorism in the region were considered.

Dole added that the MNJTF commander also used the opportunity provided by the meeting to give insight on the successes and challenges of MNJTF.

He said, “A follow-up meeting was held in N’Djamena on Friday between the commander and the Commander, Operation TURUS and British Military Assistance Training Team West Africa, Col. Nick Abram.

“The meeting was a build-up on earlier discussions in Maiduguri with emphasis on areas for direct operational support.

“The UK Government had supported the MNJTF in 2015 through the provision of vehicles, rough terrain motorcycles, power generating set of different capacities, dental equipment and communication equipment, among other items.”

Related Topics:MNJTFUK support
Up Next