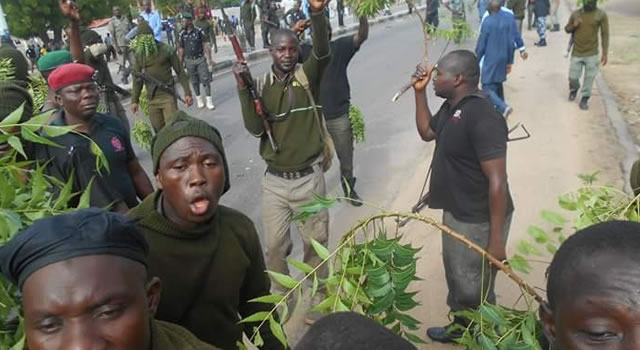 The streets of the Borno State capital of Maiduguri, was taken over by protesting mobile policemen this morning who were demonstrating over their six months unpaid allowances.

The policemen numbering about 100 reportedly blocked a major road which connects the State Command Headquarters in the metropolis shooting sporadically to express their grouse.

According to reports, most of the protesting officers who were posted to the state in January this year to prosecute the war against Boko Haram insurgents, said they haven’t been paid their allowances.

However, the Nigerian Police force has swiftly reacted to reports of its officers demonstrating in Maiduguri over unpaid allowances, claiming they only went to make enquiry on what is due to them.

In an interview with NTA, Jimoh Moshood, the force Public Relations Officer, said ”no Policeman protested in Borno or anywhere in the country. Salary is being paid as at when due but some PMF personnel in Maiduguri only went to make enquiry on their allowances.”

However, photos obtained from the scene did not paint a picture of policemen merely making enquiries about their payment, as many of them were seen with leaves, guns and sticks waving them in the air. 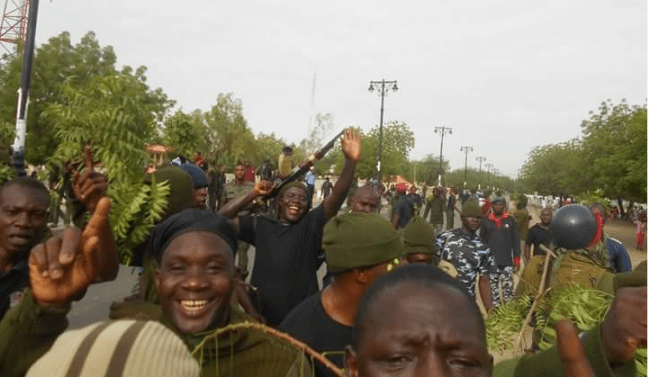 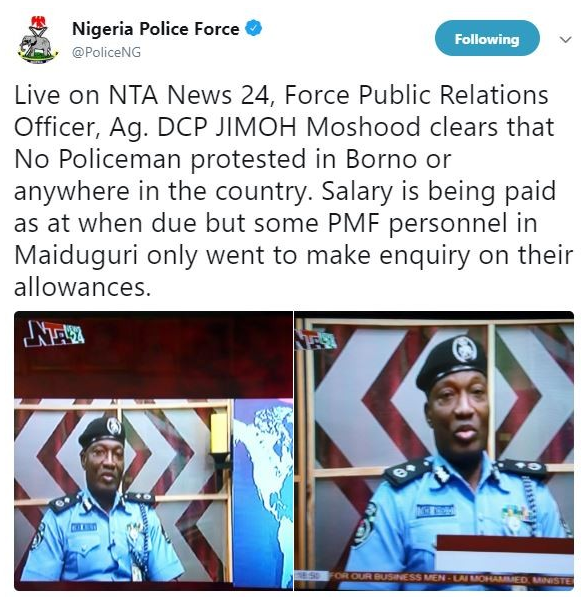