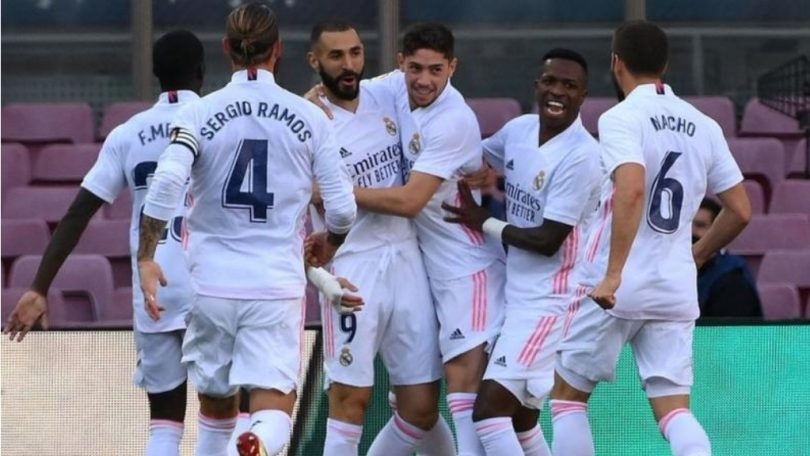 Barcelona suffered a home loss to Real Madrid in the first El Clasico of the season as their visitors won 3-1 in a La Liga clash on Saturday.

After early goals by both sides in the first half, with the scoreline being 1-1 at halftime, Real bagged two more goals to secure victory.

Barca’s Ansu Fati leveled both teams when he scored in the 8th minute to cancel Federico Valverde’s 5th minute opener for Real Madrid.

Fati’s goal made the 17-year-old become the youngest goalscorer in El Clasico history.

Clement Lenglet then pulled the shirt of Sergio Ramos in the box, and the referee awarded a penalty to Real, which Ramos converted.

With Real already cruising to victory, Croatian midfielder Modric scored a 90th minute goal to seal victory for the Zinedine Zidane side.

Modric, who came in as a substitute for Valverde in the 69th minute, sent the goalkeeper one way and then the other and finished well.

Real had lost their previous two games, in the La Liga against Cardiz and in the Champions League against Shakhtar Donetsk.

The result takes Real top of the fledgling La Liga table with 13 points from six games, six points above Barcelona.