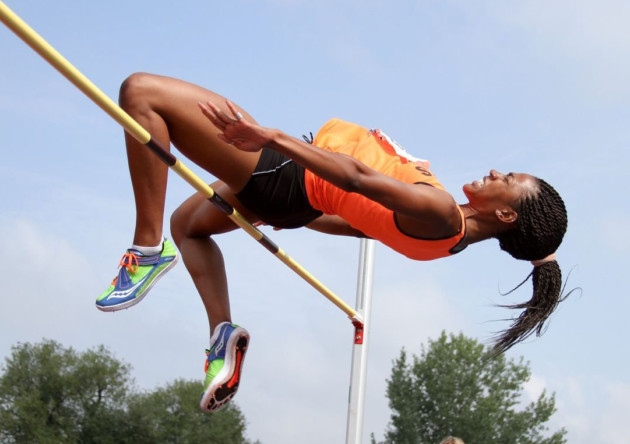 Sasegbon, popularly known as ‘Moe Wonder’, finished in first place at the event that took place on the 8th of July 2018.

Beaming with excitement from her new personal record, Sasegbon remarked, “I am really happy with setting a new PB after a few injuries. I have been working on my high jump a lot this season as it is my strongest event, so I am glad it’s coming together. It will most likely be one of the events I focus on going forward.”

Commenting on the feat, Sasegbon’s manager, Koye Sowemimo said, “Moe’s most recent accomplishment shows she has all the makings of a top high jumper and competing on the global stage.

“She has had a few setbacks with injuries but this is part of being an Athlete, it’s all about how you bounce back which she has done incredibly well,” added Sowemino.

An equally qualified physiotherapist, Sasegbon, has continued to put in long hours in training with the anticipation of representing Nigeria at the Tokyo 2020 Olympics.

She made her first competitive debut for Nigeria at the 11th All African Games, which took place in 2015, in Brazzaville, Republic of the Congo.

Sasegbon, who attributes her success to the encouragement of her support system who never relent at cheering her on, is hopeful of building a legacy that inspires many, inside and outside the world of sports.