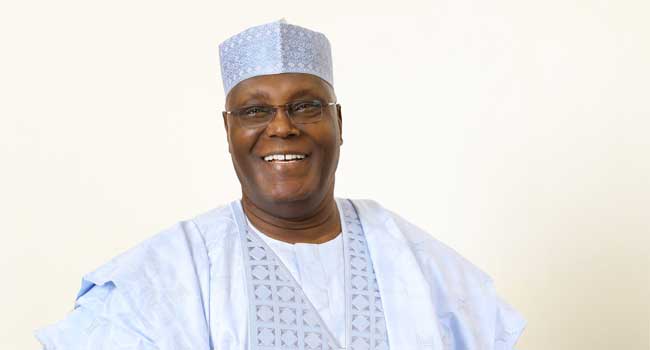 The traditional ruler who made this known to reporters and begged that his name should not be mentioned, on the reason that the issue had been politicised, explained that Atiku’s mother was the daughter of late Abdullahi from Jigawar Sarki in Jigawa State.

Atiku had claimed that he is a true Nigerian, explaining that his father is from Sokoto and the mother from Jigawa.

He revealed his origin after the ruling All Progressives Congress (APC) alleged that Atiku is from Cameroon and not a citizen of Nigeria, and so not qualified to contest the presidential election.

Opposing a petition filed by Atiku to challenge the emergence of President Muhammadu Buhari as the winner of the February 23 election, APC had claimed that Atiku was born on November 25, 1946 in Jada, Adamawa State, which was then in Northern Cameroon.

But the Jigawa monarch told reporters, “As a royal father in Jigawa, I don’t want my name to be mentioned because they have politicised the whole issue.

READ ALSO: My father was from Sokoto, my mother from Jigawa, Atiku counters APC

“However, I can confirm that the late Mrs Kande was from Dutse and her uncle, Adamu Ma’aruf, was the chief imam of Dutse Central Mosque until he died five years after the creation of the state in 1991.”

Related Topics:atiku abubakarMonarch on Atiku’s mother from Jigawa State
Up Next

Overthrow of the existing order, not restructuring is what Nigeria needs – Osoba