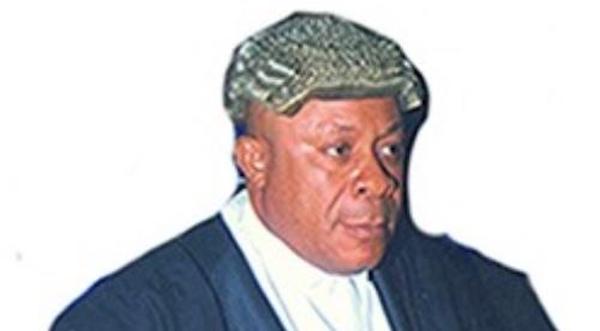 The Court of Appeal, Abuja, on Wednesday, ordered Justice Okon Abang of the Federal High Court, Abuja, to withdraw from the money laundering trial of a former governor of Benue State, Gabriel Suswam.

The Economic and Financial Crimes Commission (EFCC) arraigned the ex-governor on a nine-count charge of money laundering charge alongside his erstwhile Commissioner for Finance, Mr. Omodachi Okolobia.

The Commission accused the duo of looting over N3.1billion, being proceeds of shares owned by the Benue State government and Benue Investment and Property Company Limited.

A three-man panel of the appellate court led by Justice Emmanuel Agim ordered that the defendants’ case-file should be returned back to Justice Ahmed Mohammed who had made appreciable progress before the matter was transferred to Justice Abang.

The appellate court ordered that Justice Mohammed should give the trial an accelerated hearing.

The court held that Justice Mohammed was wrong to have excused himself from conducting the trial on account of fear, when all the parties had expressed confidence in him.

READ ALSO: CAN TO BUHARI: You are yet to fulfill past promises to free Leah Sharibu, other Boko Haram hostages

Despite commending Justice Abang for his diligence in conducting the trial after the case was handed to him, the appellate court said its decision to return the case-file back to Justice Mohammed was to correct the error the Chief Judge of the Federal High Court made by re- assigning the case to him.

This, according to Justice Agim, was to strengthen the path of justice and protect the institution of the judiciary.