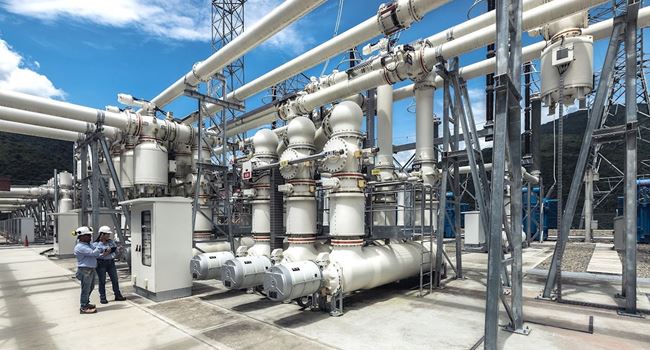 The amount of money lost to corruption in Africa every year is substantial enough to supply the continent with 24-hour unflinching electricity for three years, the Centre for International Private Enterprise (CIPE) said on Monday.

Andrew Wilson, executive director of CIPE, made the revelation at the 2020 edition of the Africa Business Ethics Conference in Lagos titled ‘Tackling Corruption to Reduce Poverty and Unemployment in Africa: A Necessity for Building Resilience to Global Risks.’

Wilson observed that much as corruption was a global phenomenon, the practice in Nigeria had sweeping implications for the quality of life of every citizen, going further to say it had limited the country’s ability to generate adequate tax revenue.

On Wednesday, the Independent Corrupt Practices and Other Related Offences Commission ranked the country’s judicial system as the most corrupt on its Nigerian Corruption Index, noting that a total sum of N9,457,650,000 was demanded, offered and paid as bribe in the judiciary between 2018 and 2020.

“In Africa, the Africa Union estimates that $140 billion a year is lost to corruption. This amount can ensure 24 hours uninterrupted power supply to every citizen in Africa for three years.

“That said, CIPE does know that combating corruption is a collective effort that requires contribution from every pillar of society,” Wilson said.

Africa Progress Panel estimates that an annual investment $55 billion until 2030 to meet electricity demand and achieve universal access to electricity.

He added that international consensus recognised that countries needed tools like strong civil society, reward for fairness and honesty, social activism with shared interests rooted in integrity and sustained participation in political engagements to combat corruption.

He also stated that a result-oriented and open public administration would stimulate innovation and growth, curb corruption and eradicate waste as well as unethical practices.

“Today, as the call for good governance, anti-corruption and renewed commitment to ethics reverberates across the world, led by citizens across all demographic backgrounds, Africa especially Nigeria has not been left out. “As we know, a thriving democracy must make efforts to live on the promise of development, justice, equity, equality, fairness.”

Related Topics:Africa electricityCIPEcorruption
Up Next

Maradona to appear on Argentine banknotes as Senator proposes bill