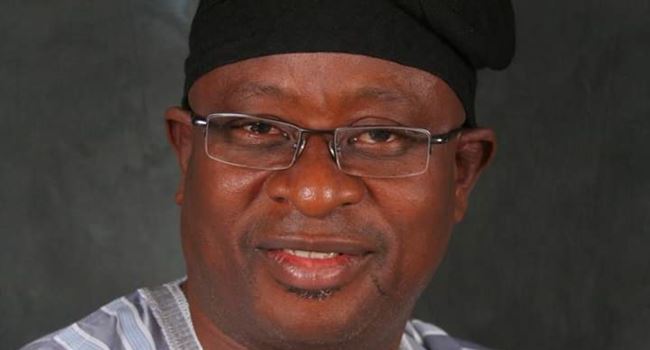 Another controversy has surfaced involving a former Minister of State, Education, Chief Kenneth Gbagi, as a Delta State based businessman, Olorogun Raymond Anozie has accused him of allegedly locking and looting his four shops located at the Robinson Gbagi Mall, Effurun, Warri Delta State.

According to Anozie, he got into trouble with Gbagi because he asked for monies he (Gbagi) was allegedly owing him, and that furniture and goods worth about N40 million were in the fours shop as at the time the shops were allegedly looted and rented to new tenants.

The businessman in a petition to the police, narrated that trouble started when he demanded for the payment of a debt of N840,000 being cost of goods Gbagi routinely collected from his staff without paying, and for which the Delta State governorship hopeful took offence.

The trader, who said he holds an exclusive franchise for one of the popular mobile brands, in his statement sent to Ripples Nigeria, said: “My name is Olorogun Raymond Anozie of Raycom Raymond Nig Ltd

“I am a Merchant with specialization in Mobile Phones, Computers, , Accessories and also an operator of Tecno Mobile Exclusive (Franchise Stores) in Ughelli and Effurun.

“Sometime in 2019, July 27, Kenneth Gbagi instructed his Staff, Police orderly and some touts to lock my four shops at Robinson Gbagi Mall. EFFURUN. I was not owing him any rent and there was no issues between us except that I was asking him to pay me the sum of N840,000 he was owing me being accumulation of goods he was collecting from my staff on credit over a period of some months.

“He was always trying to play me around when I demand for my payment. All attempts I made to reach him failed.

“After he locked the stores, he refused to see me or meet me. Three weeks after, I approached Ovie of Ughelli, HRM Dr Wilson Ojakovo Oharisi to report to him; since I got news that Kenneth Gbagi is a chief in Ughelli Kingdom and I am also a chief there too.

“Immediately I briefed HRM, he called Gbagi and a meeting was scheduled at his country home at Oginigbo the next day. The next morning, by 8am, we arrived Gbagi’s residence as scheduled. Even at that, Gbagi refused to listen to the pleadings of HRM, Dr Wilson Oharisi. Ovie of Ughelli Kingdom.

Read also: Ex-minister, Gbagi, places curse on himself if…

“Presently, the shops have been broken into, looted and re-allocated to some other persons in collaboration with one Edirin Faka, who is the current Chairman of the Mall.

“The current value of the stock and furniture in those 4 stores are over N40 million. Please I need help to get justice. I am traumatized and even nursing the intention to seek asylum in a foreign land because it’s a well known fact the Gbagi has powers to come after me.”

The traumatised trader who petitioned the Delta State Police Command equally copied the NBA Legal Practitioner Disciplinary Committee over the issue, asking that Gbagi be disciplined according to the rules of the legal profession, to which Gbagi belong.

It would also be recalled that Gbagi had been in the news lately over reports that four of his workers in his Signature Hotel in Warri (three females and a male) were stripped naked on allegation that they stole N5,000 from the hotel.

The workers however said the money in question was a tip for the four of them from a customer, which according to them, Gbagi said belongs to the establishment.

They also claimed that monies were withdrawn from their various bank accounts at gunpoint.

The alleged dehumanizing treatment given the workers is reported to be the basis of a planned protest by residents of the state scheduled for Saturday in Warri, to press for the prosecution of the former minister.

When Ripples Nigeria, places a call placed a call to the media aide of the former minister, Comrade Kelly Gilor, he asked for time to get a response from Gbagi.

He has yet to get back with the response as at the time of filling this report.