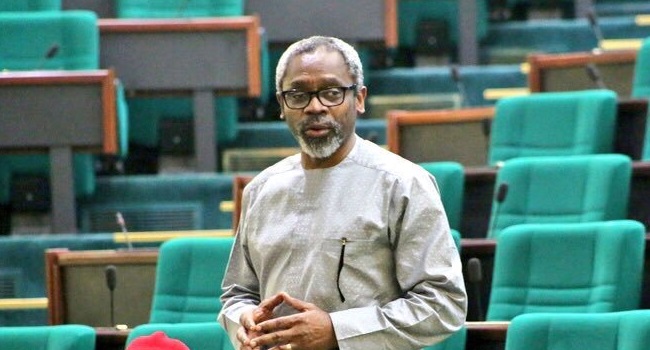 All Progressives Congress’ (APC’s) zoning of House of Representatives Speaker for the incoming 9th National Assembly to South West, and even endorsing Majority Leader Femi Gbajabiamila for the position, has been kicked against by the North Central Caucus.

The position of North Central Caucus was made known on Wednesday through John Dyegh (Benue). He said the North Central caucus was not satisfied with the decision.

APC had officially announced zoning the position to South West and endorsing Gbajabiamila for the position at a meeting hosted by President Muhammadu Buhari in Abuja on Tuesday night.

But addressing reporters, Dyegh said, “We are not fighting the party, we are not. We shall not, we are only giving the party an opportunity to come back and look at the zoning and look at what we are saying.

“Taking what the party says hook, line and sinker is not democratic, we are in a democracy. We have right to vie for position, there’s freedom of expression.

“We believe in party supremacy. Yes, the party is supreme. I sing that, I say it, I believe it, I go by what the party says but this is democracy and I believe we should give the Green chamber an option.”

Dyegh argued that aside the fact North Central was the third largest contributor to the 2019 election success of the party, fairness and equity demands the zone is considered for the position since the region has never produced the Speaker or Deputy Speaker since the return to democracy in 1999.

“My party the APC in her wisdom zoned the position of Speaker to the South West and even micro-zoned.

“I am a party man and my loyalty to the APC is 100 per cent, however, the North Central zone has not been convinced nor given reasons why their votes should not count and why we should not run and we feel very strongly that there is still room for negotiation because we believe ‘it is not over until it is over’.

“We are therefore appealing to the party to have a rethink and rezone the speakership to the North Central for justice and fair play. We pray to God Almighty to touch the hearts of our Leaders to reconsider us favourably,” he said.

Dyegh, who had since declared his intention for the speakership position, said he took the decision based on his unyielding faith in a united and prosperous Nigeria.

He added, “It will only be fair, if the position of Speaker is given to the North Central, having taken away the seat of Senate President to the North East.

“It is instructive to note that the North Central has neither produced Speaker nor the Deputy Speaker since 1999.

“We are saying that reward in politics is based on what you bring to the table and the North Central brought the third highest number of votes in making President Muhammadu Buhari’s second term a reality and enabling the APC to form Federal Government”.